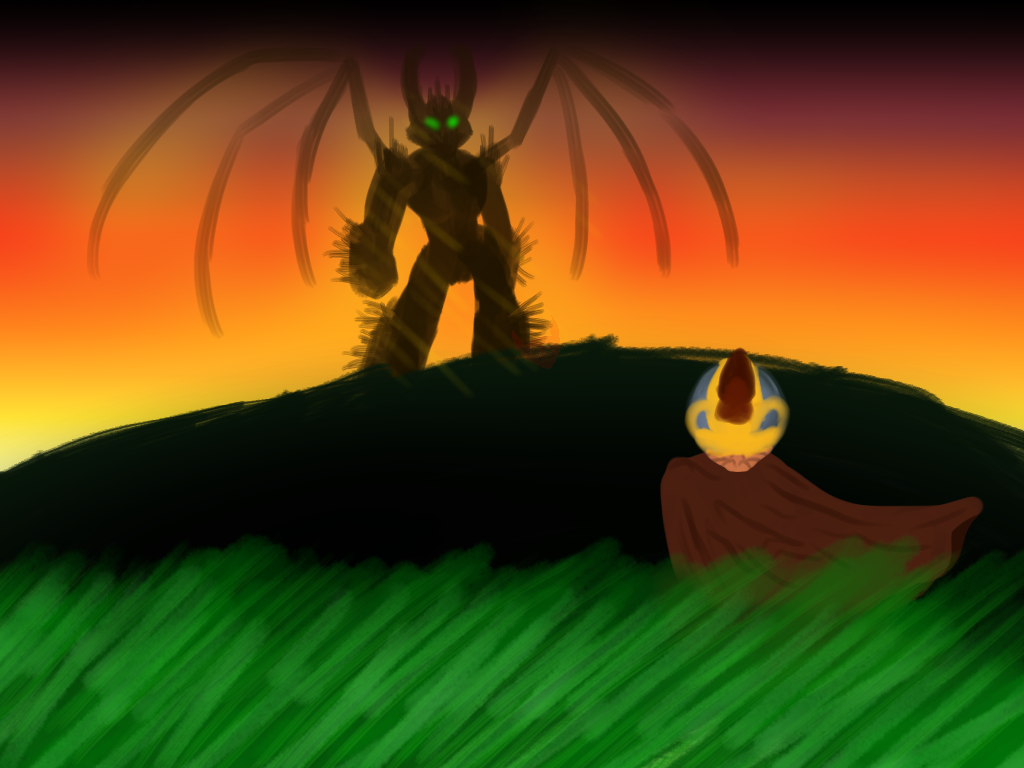 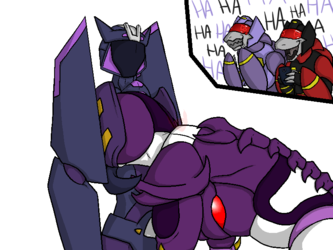 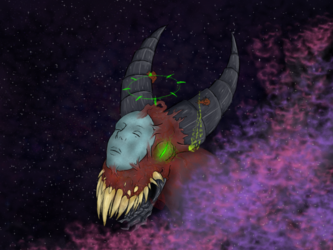 TF:E - Dawn of the First Day

Story time!
Unicron isn't meant to exist in the mortal realm, but with Primus asleep, he was left to his own devices and as the embodiment of negativity in general (hate, destruction etc) and chaos he decided to join our world.
Finding a brilliant, yet dangerously arrogant scientist named Primacron, Unicron promised him the entire galaxy, all the power and wealth he desired.
Primacron fell for it hook, line and sinker.
The genius set about constructing a body for his new 'ally' to join him in the mortal realms and soon he built a colossal, horned, winged mechanical body and after breaking the barrier between realms enough for Unicron to get a claw in, the dark lord poured himself into the body.

Unicron continued with his little charade for a while longer, stood atop a hill as the sun rose on Primacrons planet, watching the small organic walk to the nearest city, brimming with glee at his upcoming 'rulership' of the galaxy.
But as he bragged to a crowd Unicron listened, and as soon as he took credit for creating the "marvellous behemoth" and finished his speech; Unicron finally showed his true colours.

Unicron first charged down and targeted the amassed crowd who had listened to Primacron speak, with a single fell swoop he caught them and ate them.
Primacron stared in horror, yelling, screaming and ordering him to stop but Unicron did not listen.

Buildings, vegetation, animals, the ground itself.
Unicron scooped it up greedily as his former ally watched in horror.

Soon the sheer amount of substance he had been consuming pressed against his plating and his body was swollen. Soon the construct Primacron built could not contain the unholy beast and chunks of him ripped apart.
Everything Unicron ate began to wrap around his body, and yet he continued to consume, his body growing further and further as he continued to eat.

Unicron began his path of wanton destruction growing into a colossal cosmic abomination. Feared across the known galaxies.

And that's the start of Unicron's story in the Extriverse.
And also marks me messing about with digital painting for the first proper time...