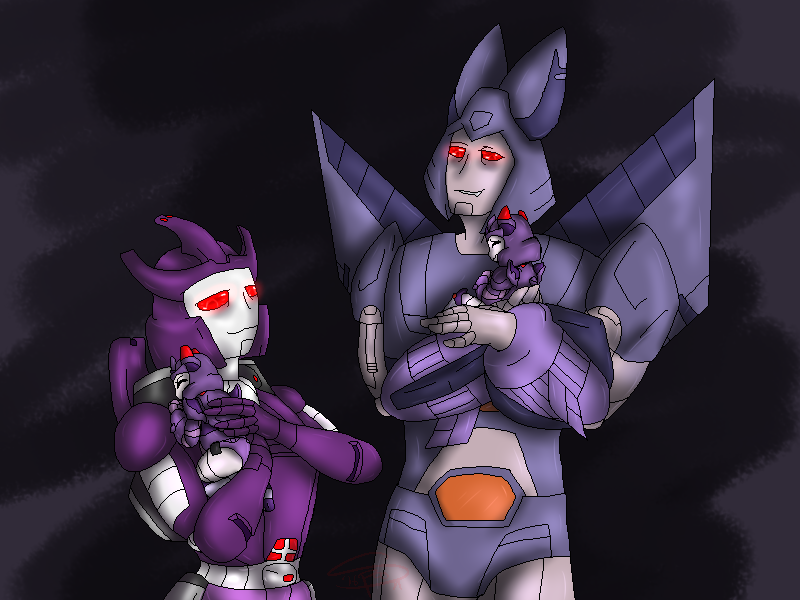 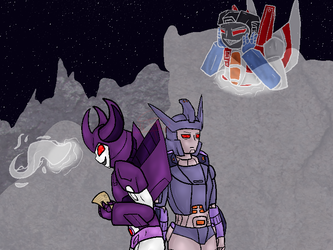 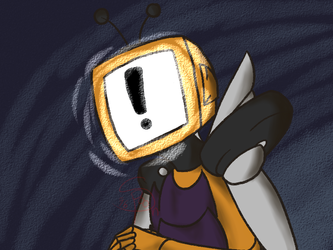 It's very late and two sleepless mechs are having a conversation.
Or at least they think they probably are, in reality they're probably exchanging tired mumbles, hums and nods.

Each mech holds onto a twin rubbing or patting their backs trying to soothe the restless younglings back to sleep.
They're at the age where their wing-nubs are now growing out into proper wings that will continue to grow out with their bodies.
It's uncomfortable and unpleasant for them.

But it means they're growing healthy, soon with their wings grown in, their flight mechanisms will start working too and they'll soon be learning to hover, float and eventually fly just like any other Seekerlet.
Cyclonus couldn't begin to describe just how much he looked forward to teaching them.

Drawn as a request on Tumblr.

Regardless, I just LOVE these two with babies.
Being all dumb doofy parents.
lordy slay me.