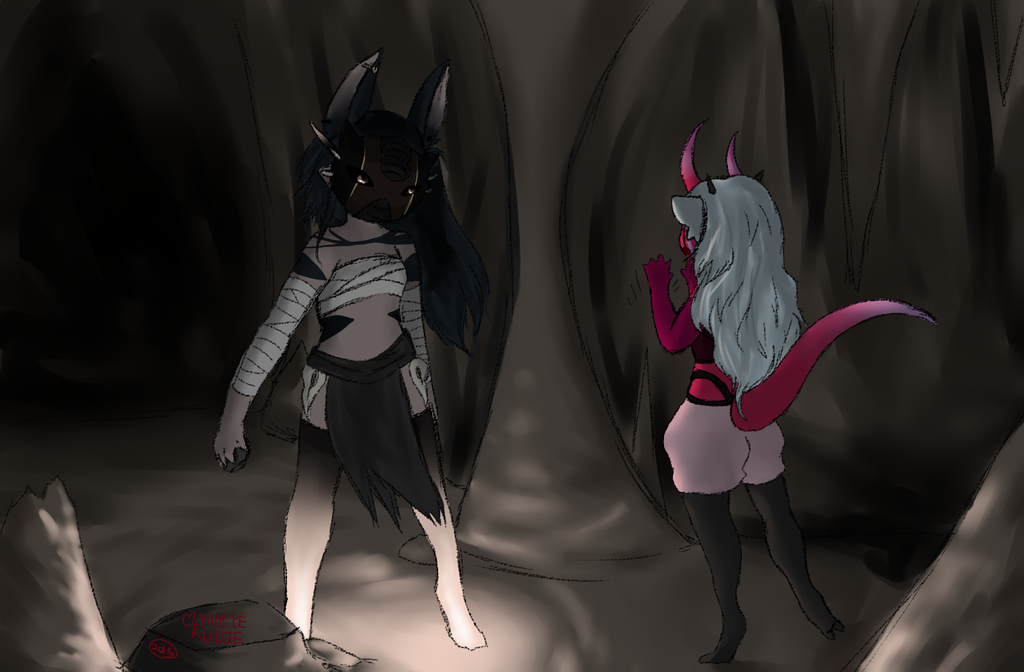 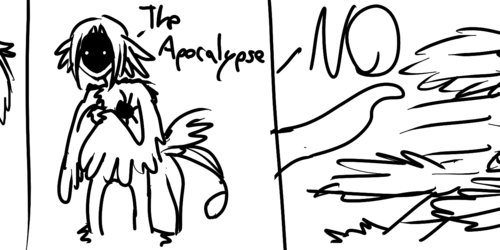 Support me on Patreon / Store / Tumblr / Commission me! / Adoptables / YCHs

guess who's an idiot who forgot to upload this ANYWHERE ELSE

I wanted to make batcat intimidating and to minimize the color clash Kurat'siva caused with the rest of the image, so I may have ended up accidentally pushing too hard in the other direction? But Kurat'siva also still stands out pretty well so I'm probably fine? Hmm. Whatever, if (when) I decide to make changes when i'm less busy I'll just reupload a fixed version.

"out of character" the reason Kurat'siva's legs are off is because adding an additional light color made things weird and complicated, but "in-character" I imagined him being startled to the point of accidentally turning them off by Suddenly, Batcat. He's probably trying to talk her down from just chucking the rock at his head so they can talk like reasonable adults tbh.