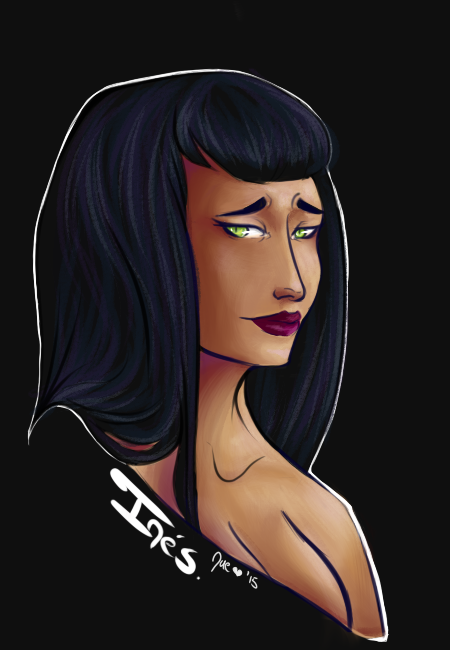 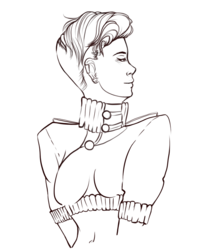 Backstory: She is the youngest child of two Brazilian-Spanish doctors who turned revolutionaries based on their inherent dislike for the way the government was ran within the surrounding countries of Colombia, Guatemala and etc. And their distinct hatred for the drug and weapons cartels that dominated the countryside with thier swathes of violence and corrupted influence with out much thought to how thier children would grow up within this lifestyle. For quite sometime Ines and her elder brother Diego backpacked essentially through the steamy jungles of Central and South America, tailing after their parents and their revolutionary group in search of a way to bring their version of inclusive but vigilante peace. Little did they know their only daughter and the youngest of the family was a Nagual (Naguals are the mesoamerican belief of certain individuals being spiritual and physical shifters that embody a tonal based on the time of and the season/month of birth -- hers being that of a Panther | Jaguar). However it was much too late for her parents to really have any say or knowledge in the matter as that lifestyle wore their children out physically and spiritually to the point that Diego (her brother) contacted their mother's sister in Rio de Janiero, Brazil through secretive phone calls to whisk himself and his baby sister away to a better life. Now Ines has come to terms that her parents may have been brainwashed by a group, that she is apart of something much larger than herself, has met many individuals and has grown up considerably into a woman of almost 30 working as a Large Cat Researcher and Trainer for many zoological societies.