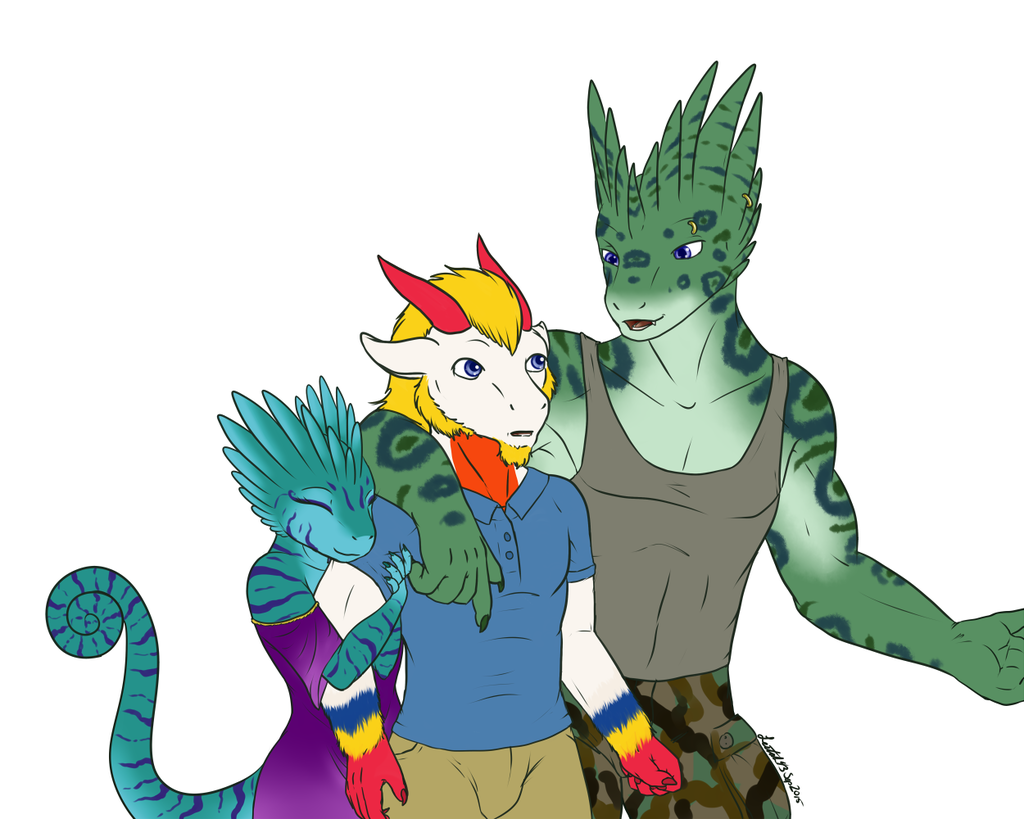 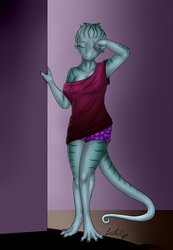 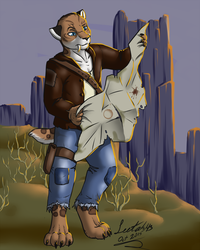 vadersan's streams.. I like to think i've made a couple friends there (they don't hate me at least) and at least one of them has made repeatedly fawned over some of my characters.

Busterdragon on FA had an immediate liking to my new lizard boy Clark (technically a gender-bent Clayer) after i showed off a doodle of him.. so.. I figured I'd give in and threw both of them at him at the same time. Be careful Buster, Clark is NOT innocent in any way and Clayer knows more than she lets on.

Little note on Clark. He is a male version of Clayer. I had the idea that, because i picture Clayer as being all small and cute and generally more submissive, her male form would be tall, have a bit of muscle, and be a lot more confident in himself. There SHOULD be more pictures of him later.

Art, Clayer and Clark belong to me
Dragon in the middle belongs to busterdrag busterdrag