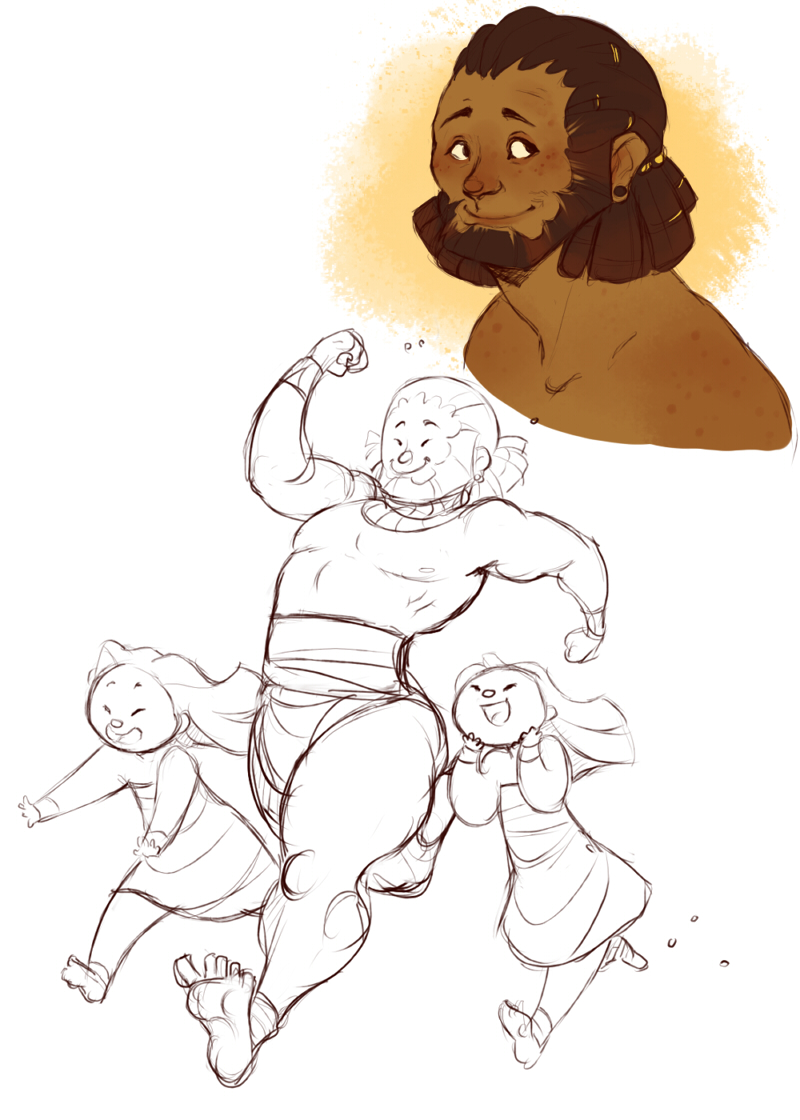 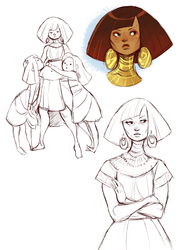 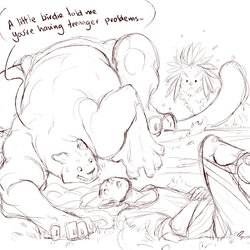 Gael comes from a family of mixed cultures, his Mother came from a city in the far north western region, his Father was half Southern, people tend not to be mixed in the northern desert city since outsiders rarely ventured that far.
He was quite a novelty amongst the people, a man who walked like a Northerner, talked like a westerner and had the IQ of a southerner.

He doesn’t really talk much, mostly replying to people with a “oh” or an “uh”.
This makes him come off a bit dumb, but it’s mostly because he has a poor grasp on the native language. He has failed to inform anyone of this, including his wife.
Their relationship is mostly based on the fact that he is a novelty and he thinks she’s a barrel of fun. It’s difficult to understand how they have stayed together so long.