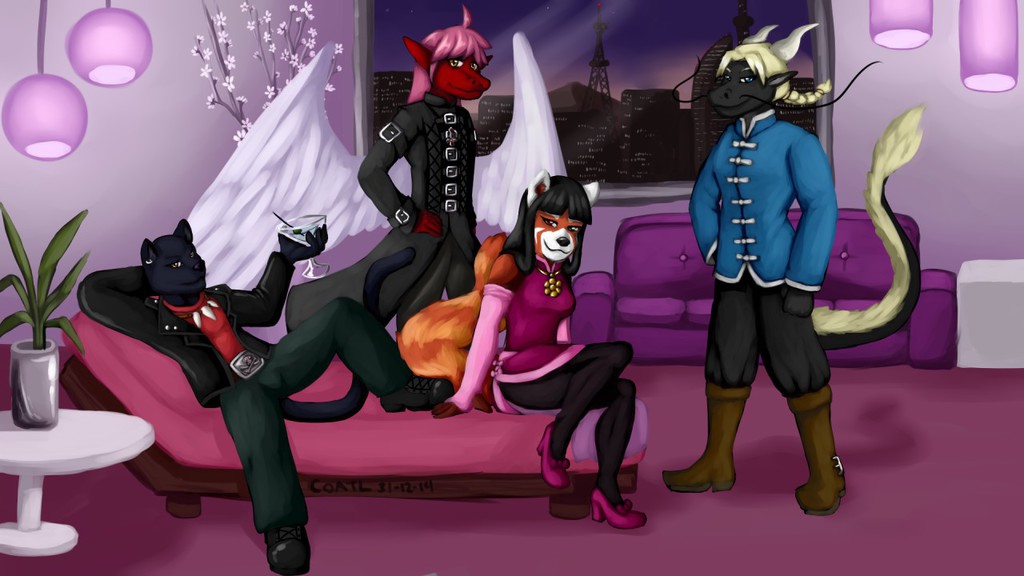 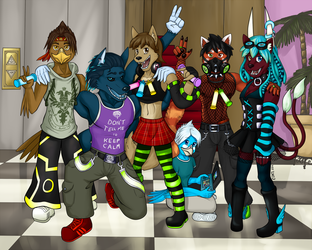 My take on the 2015 beginning of the year, having the "elder" character on that game I might come up with in the future, as they're in that story at least older than a century, and from left to right are Oselopili Tlayouateyaotlani (a black panther god of Chaos) Coatl (patron god and feathered serpent) Copaltli (a red panda shaman, whose previous japanese name was unfitting for the setting, yet she keeps her cheongsam on this modern AU pic) and Dei-Han-Long (a dragon divine spirit from the legendary Hourai island).

Not much to say about this one, but I quite improved at backgrounds thorough the year :3