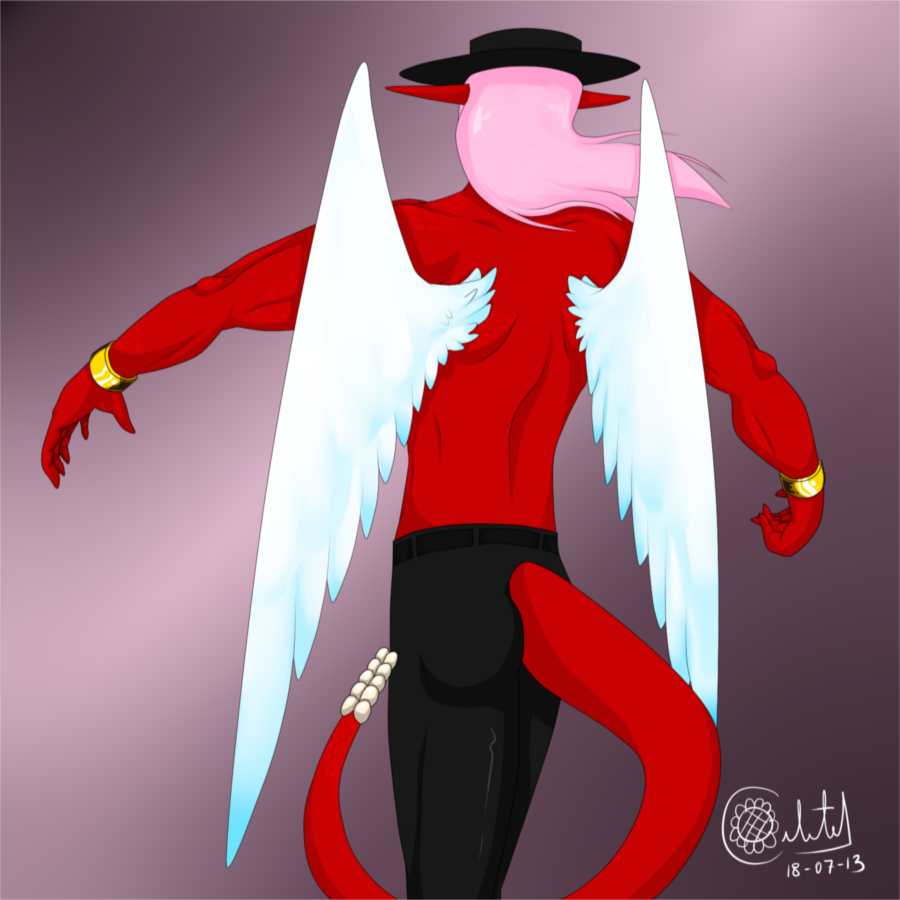 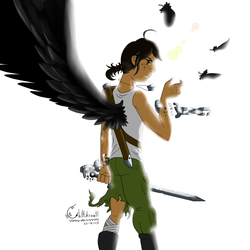 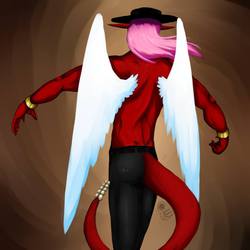 A bit based on some pics of spanish chill out mixes on youtube I came up with this pic, I wanted to show Borgia as a more sensual, more sensible and smooth dancer, as opposed to the intimidating that can result a gauntlet-wielding assassin.
May be too vain to go for it topless but is more like for this pic I wanted to show his back, also his shirt has no sleeves anyway, (neither does ANY vest) so that there's no much diference, only that this way is better.
As for it to don't look weird I added another bracelet instead of the gauntlet.

As for technique, still experimenting with cell-shading, and I just wanted to simplify it, not a whole lot science about it, althrough I got a much better result on his bracelets, also yes, that's how the outer side of his wings look like.