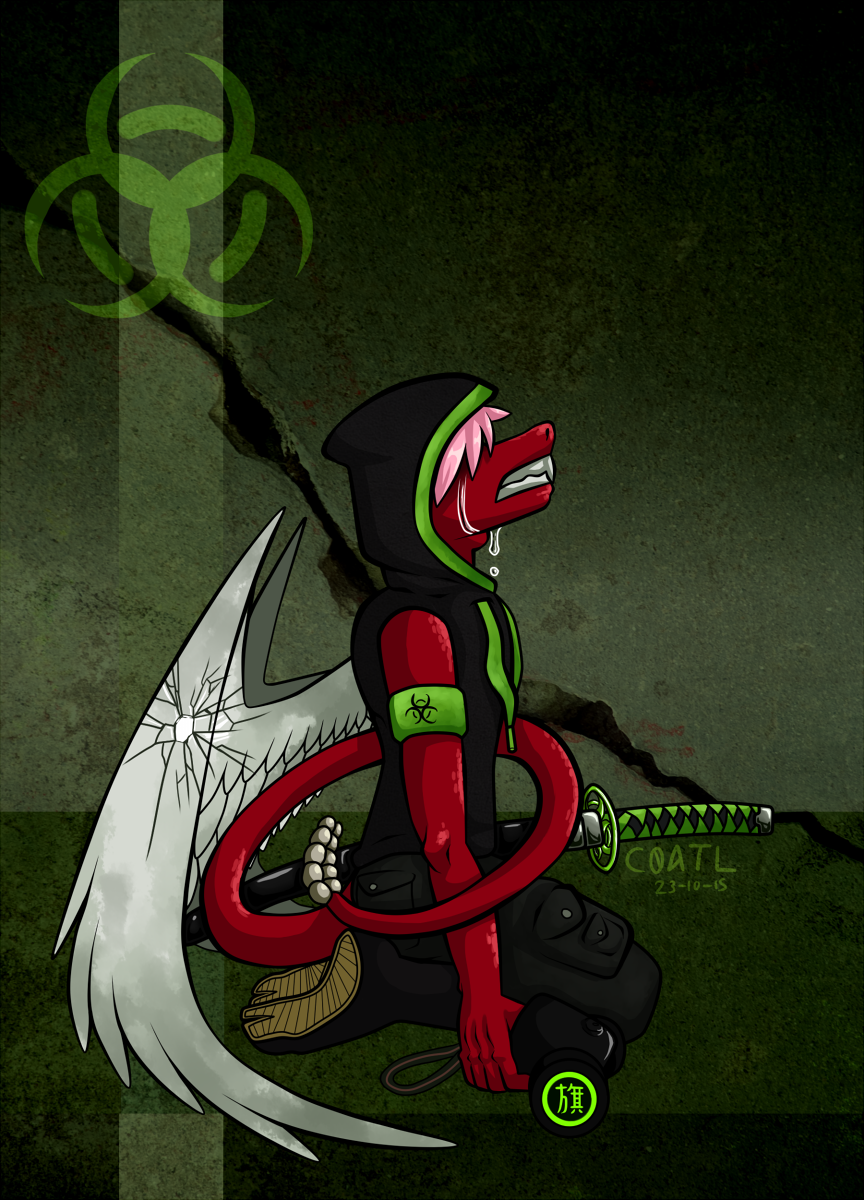 Folder:
Stuff of my own « Older 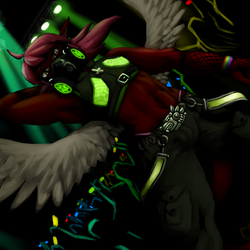 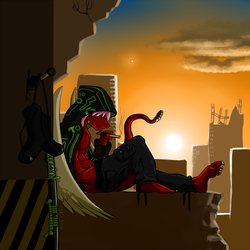 All on your own, depending on no one, yet no one depends of you, you're free, but also bound to be alone.

While trying a new technique I also wanted to vent out some mixed feelings I had. Other than that I came up with this new urban-ninja outfit, which I'm going to use on a more upbeat image of this same style. Also longing to have that sword someday.

So anyway, latelly I've been unable to completelly trust anyone, feeling defenseless due to a strain in my right hand that gets in the way when practicing with my sword...and that same strain makes it tough for me to hit as well.
Besides that, I feel practically on my own at all times, but not because I trully am, but because I can trust no one.
Gotta admit however than a couple of people has proven false this, but because one of them comforted me even when he could have easily been in a position of forsaking me, and the other went all the way to see me even after I shut in, even abandoning social media besides deviantart and furaffinity... I guess my whattsapp came handy at it.
At times it seems the furry fandom in Mexico city sucks, and sometimes I've daydreamed of being cool and popular just like my ex... but when the niche you're aiming at is so decadent... perhaps it's no use and you'll hurt yourself even if you're successful... and besides, I'm too socially crippled, having neither patience nor charisma... it's no use.

The only thing I can do is just... fight my way through life... and try my damn best to have an easier time finding my true comrades... and identifying these enemies who pretend to be friends for their own interests.