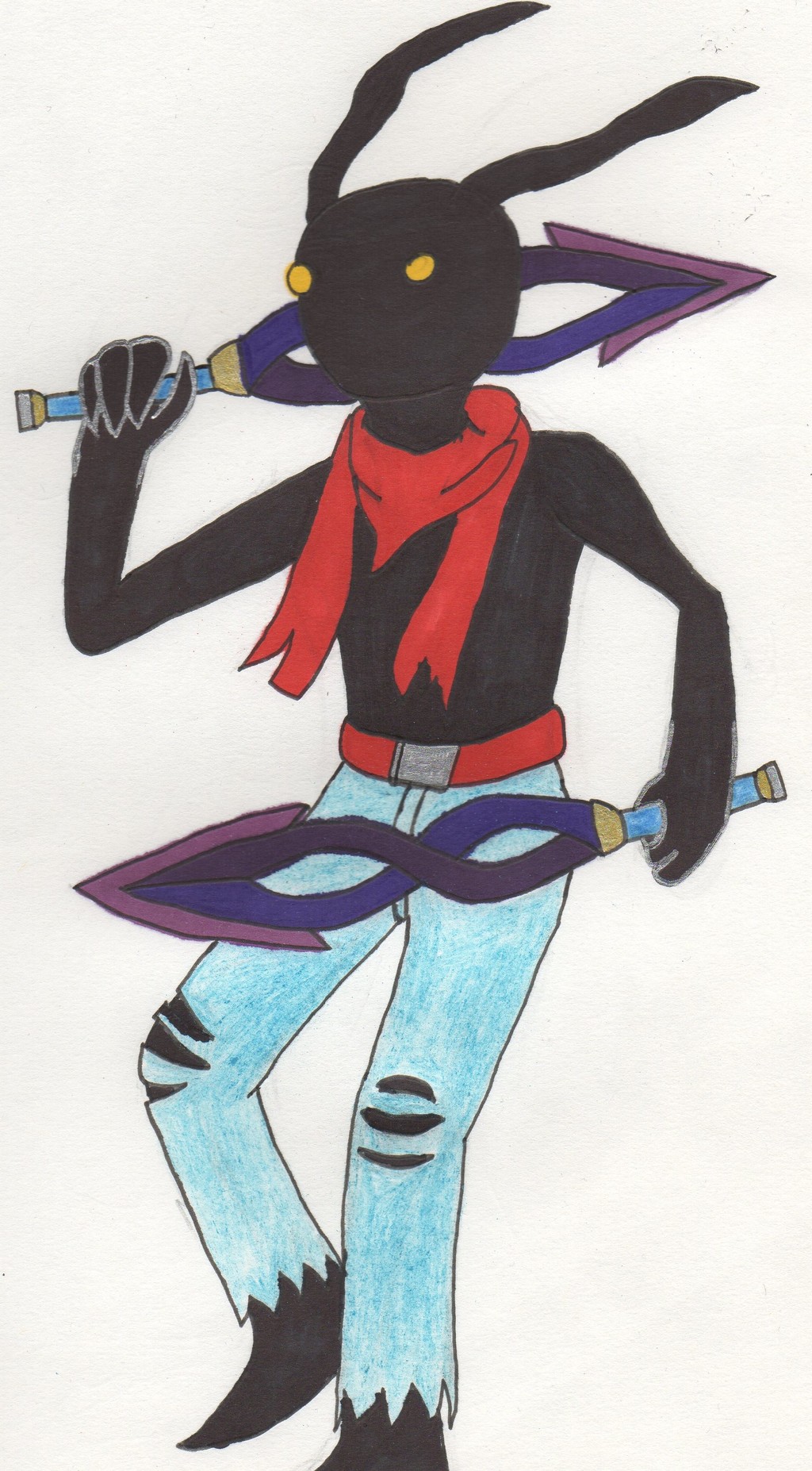 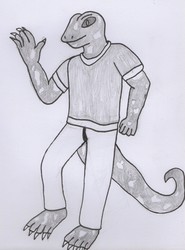 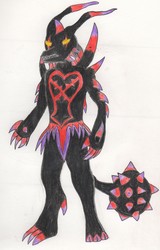 This my character Zen he's heartless but a one with a bit of backstory, which I would explain but I'm still writing it.

Basically he's a heartless that was experimented on to be used as a soldier of darkness, but something happened and he started developing a personality of his own and betrayed his masters and ran.

Whilst running he got in some trouble and lost most of his memory, luckily he was found by a boy who helped looked after him and soon the two became good friends.

So that's the basic outline background for him, if you have any question's feel free to ask.

This would be his normal form, he has two other forms which I will be posting.