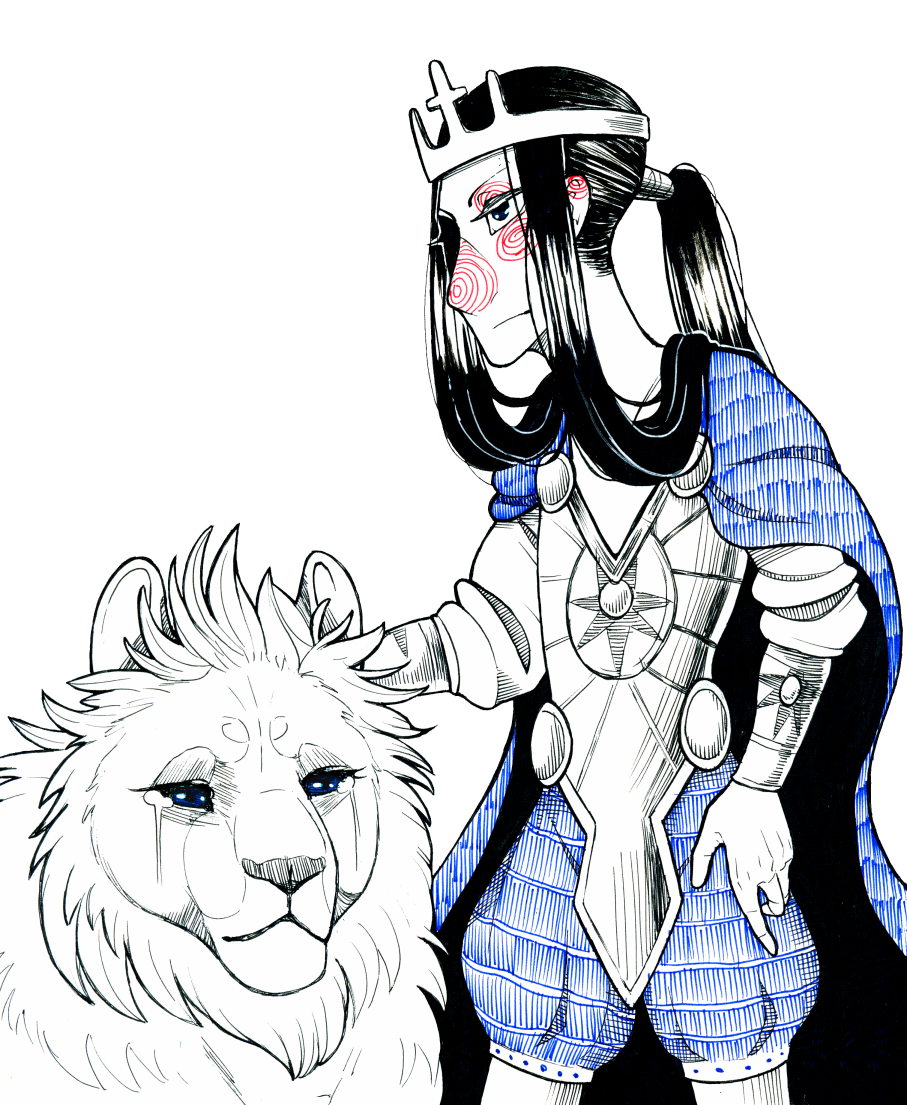 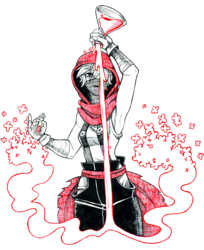 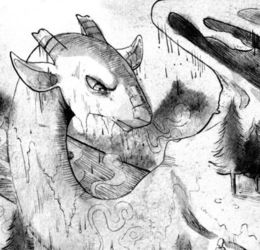 The story is that the King was unrighteous man, so he was killed by his own son in order to bring him to justice. But the king had two sons, and the youngest, still a child, witnessed his father's murder.

So his older brother turned him into a lion to keep him quiet, because he loves his brother dearly and didn't want to kill him, but also couldn't let his younger brother freely tell the world of what he'd done.

And now his younger brother - a small child in the body of a massive lion - does nothing but weep in sorrow; unable to remove from his mind's eye the memory of his father's murder.