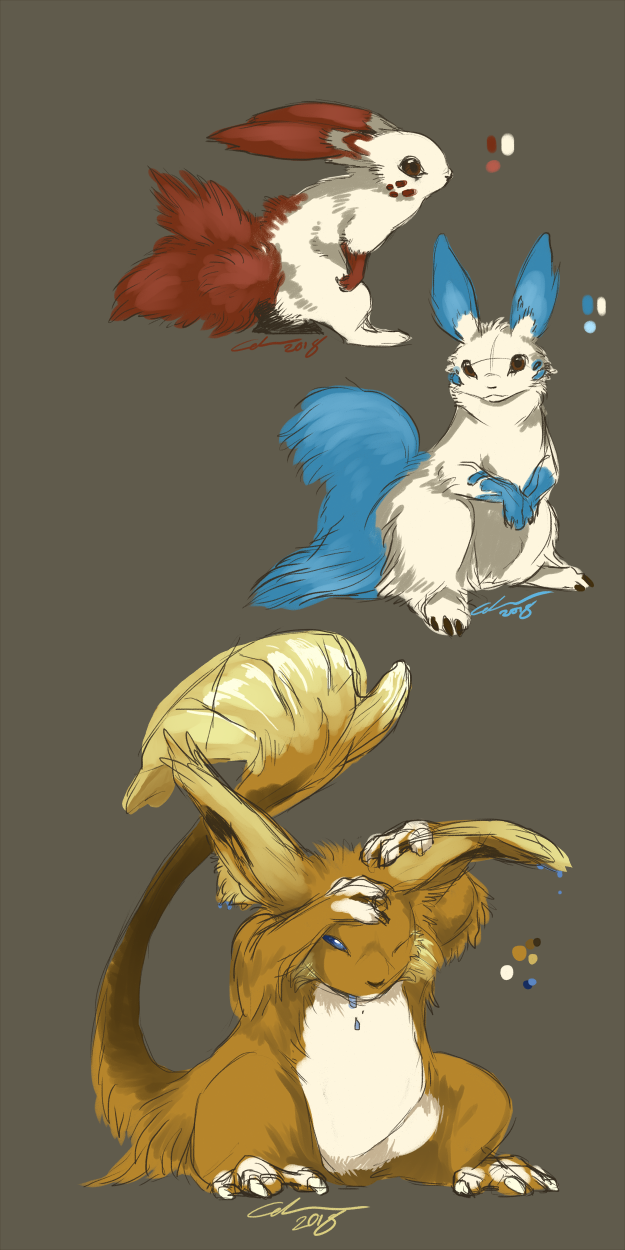 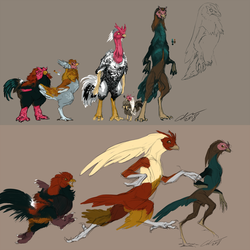 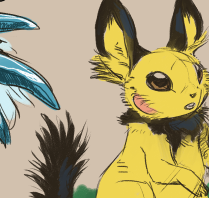 Not really fond of pikachu and it's variants but was so frustrated on another thing and needed to get the energy out.

Plusle ... even tho it is close to being one of the smaller species of pikachus, it is agile to run better on two legs because of it's tail weight. Bushy red tail that would make one think it had fire moves but it is only mimicking fire type in looks.

Minun, one of the more elegant looking from it's soft fur and color. It only got one tail but at glance one would think it had two but it is the finer silk part of the fur that drops down from the rest of the fur on it's tail that give appareance of a second tail. The blue fur is also a defence as mimicking other ice pokemons. Minun runs best on four compared to Plusle.

Alolan Raichu at the bottom and given it have the ability to surf ... I made the tail ending into a fin even tho it is electric and psychic but it does spend alot of time in the water.
To the point it developed fur more resistent to water and webbing between the fingers and toes to be able to move better through the currents that can be found around Alolan Islands.