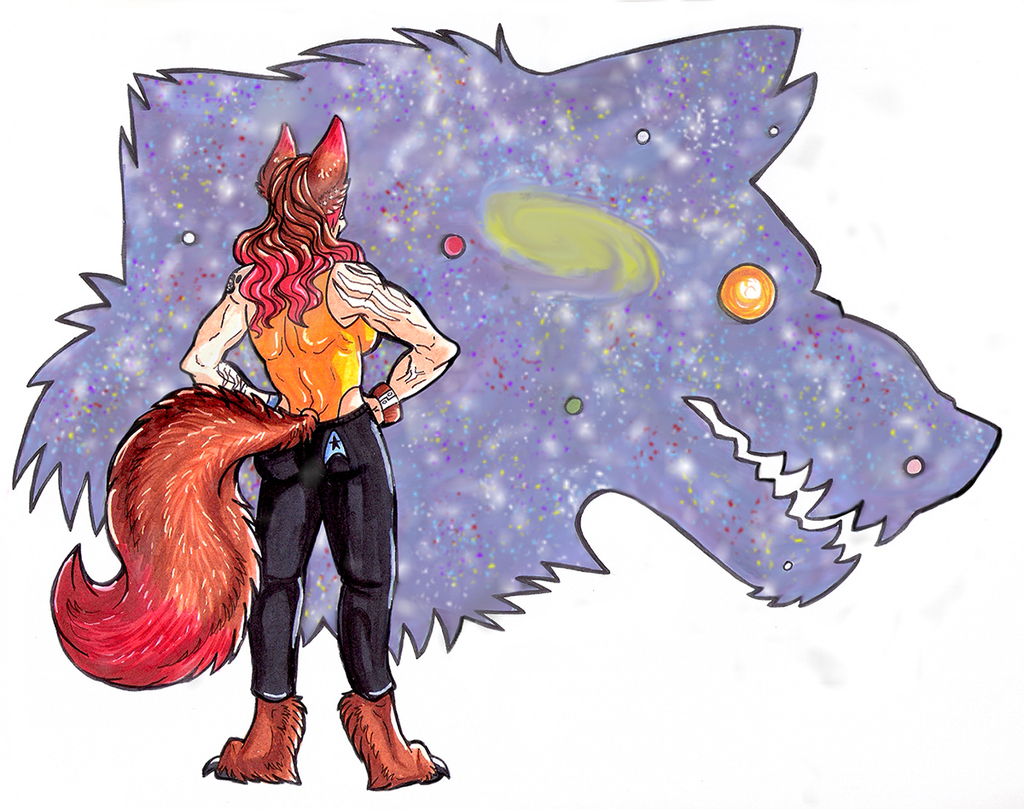 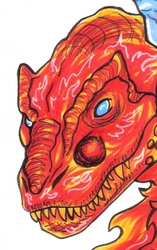 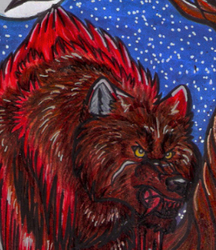 "To boldly go where no werewolf has gone before!"

Part of an AU where Lupin is a Starfleet captain, and currently the only werewolf in employ with Starfleet. The supernatural is not entirely in the shadows at this point in time, although a majority of said community does not trust or associate with Starfleet and its ilk. Lupin was a bit resistant herself at first, rebuffing their offers to possibly work alongside them for quite some time.

After surviving all the wars and retiring from monster hunting, she figured she deserved a good long while of rest and relaxation from all the excitement, danger, forced periods of survival, so on and so forth. That, and she wanted to keep her pup safe. But, after nearly a century, boredom finally began striking some prominent cords in her and she decided, why not, could be fun.
Art and character belong to me~