New Emperor by CAN07 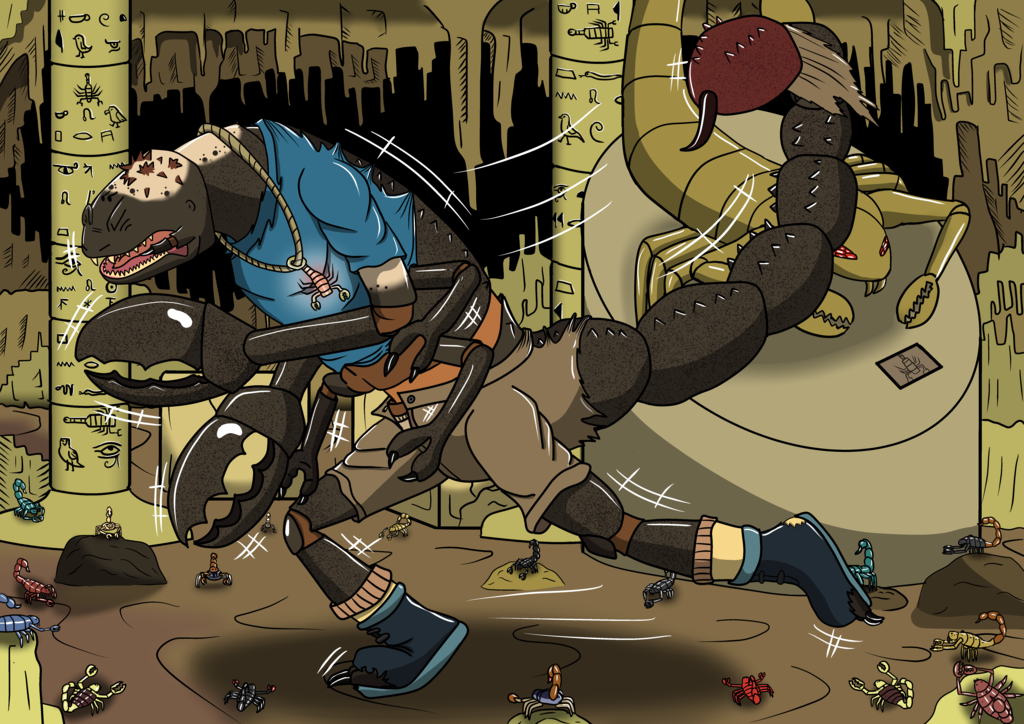 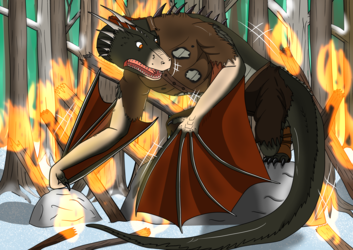 A picture that I drew on a whim, I wanted to practice something different and strange so I decided to make this one, the tittle is because I tried to make an Emperor scorpion transformation, at the end I believe that it turned right.

He was surprised when he found this tomb in his travel to Egypt, it was full of treasures but it was one in special that picked his attention a necklace with the form of a scorpion made of gold that a statue was holding in its pincers, he didn't know why it picked his attention but in the moment he saw it he knew that he had to have it, when he put it around his neck, he started to feel strange, a wave of dizzyness soon followed, it was in that moment that he started to see them, dozens of scorpions of all size and colors began to surround him; filled with terror he started to run not being aware that these scorpions weren't attacking him, they were just welcoming their new emperor.