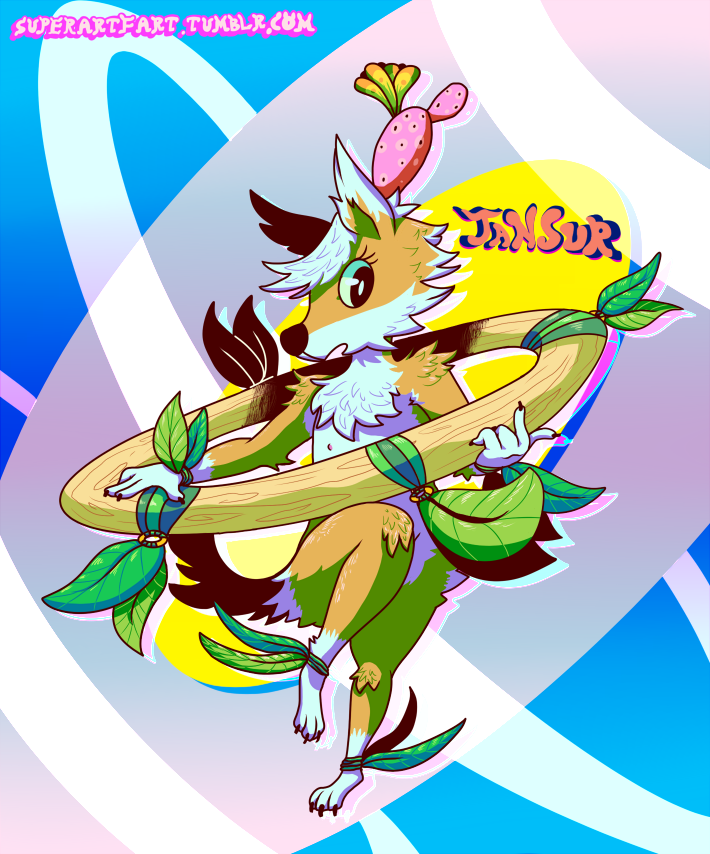 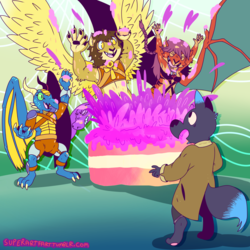 She has the scruffiest fur! Also she is a Portuguese Podengo if any are curious!

Anyway, Tansur.
She’s quite different from a lot of the other dogs, most cactus dogs wear a leaf cloak from their neck down, but she instead wears bangles with small leaves on her wrists and long leaves on her ankles.

Somewhat snarky, bossy and can get very sarcastic at times, there are only a few dogs she is actually friends with.
Her temper is also one not to be reckoned with, especially if you are one to stare!

She is a performer, a dancer to be precise, she performs traditional “Wind dances” with her wooden ring, which much like her ankles and wrists, has leaves tied onto it.

Wind dances get their name from the wind that the flapping leaves cause and they served as inspiration for the creation of windmills, which in term lead to Mill Keep having the name they have.

Tansur isn’t particularly fond of the traditional dances, or not as fond as she used to be. As she matured she has been getting more and more unwanted attention, which leads to her aspiration!
Her aspiration is to learn a dance that isn’t demeaning to her and to perform for all to see!

She is deceptively strong, the ring she dances with is made of solid wood and is quite heavy. She can toss the ring a considerable distance, so she could probably toss you just as easily, all the more reason not to incur her wrath.

Despite her physical aptitudes she’s actually very inept at combat, even in hand-to-hand. Because of this she spars often with Nuves to learn defensive maneuvers against armed opponents.
Aside from Nuves she’s friends with Riulept who saves a meal for her during banquets, banquets which she has to perform for. And they often strike up a conversation as she eats, long after everyone has left the premises.

By the way, did you know that pink cacti exists?