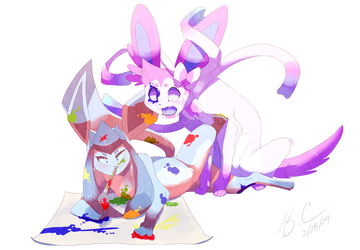 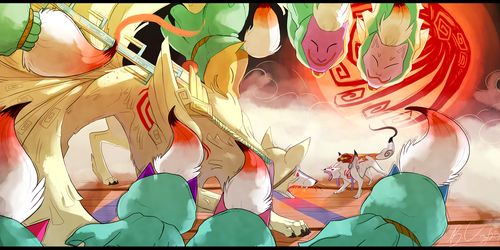 A team of canids [except Mightyena] that I used to use back in PMD Blue version. I always seen Mightyena as a HYENA--- it is right there in the name. A stripped hyena with that back hair. Manectric is a maned wolf, it is neither a wolf nor a fox. Houndoom is the easiest: a doberman.

Doom the Houndoom and leader. He hates failed missions but, usually gets over it. Brawler the Mightyena, the joker and toolbox carrier. A bad idea to let him do so, usually eats most the apples. Lastly Volteer the Manectric, a bit rash but, usually follows all orders to tee.
The three formed a team even before they evolved.