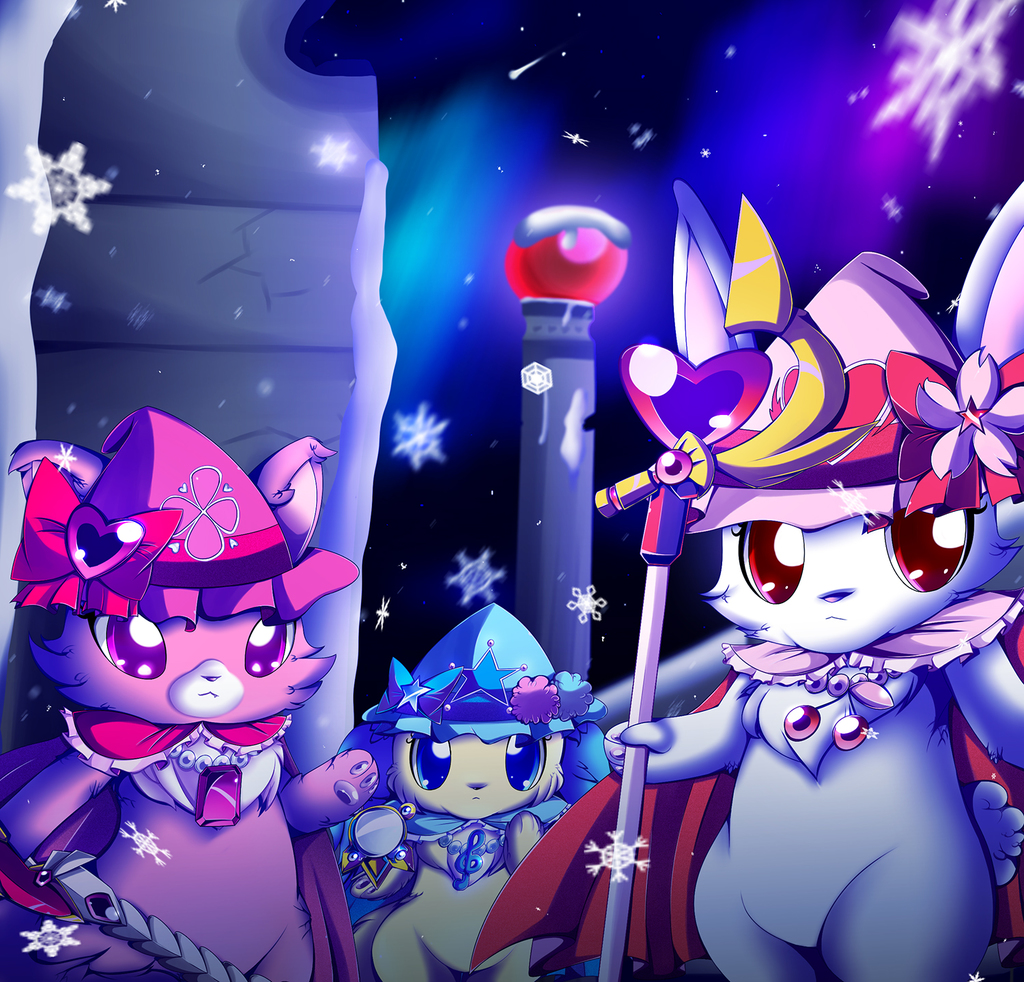 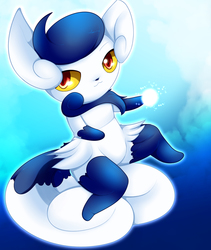 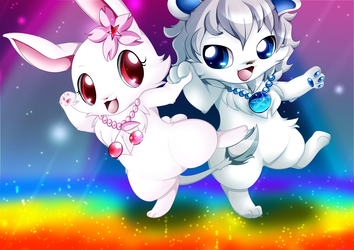 Ruby, Garnet and Sapphie again, searching for something in an abandoned ruin filled with snow and ice. Under the direct orders from the Queen, their missions were considered Class-A, as the threat level in the ruins is high due to high amounts of dark magic leaking out. Equipping with their Jewel Cloaks, as mark of their mastery as mages and their personal weapons, they decided to find the source of the dark magic and permanently seal it. If not resolved, the dark magic will engulf Jewel Land and plunge it into darkness.

OH FINALLY! 3 WEEKS WITHOUT ART IS SAD, SO SAD. And yay, Christmas is almost coming, and I'm lagging behind too much -sob-

Yaay! After 3 weeks without anything to submit I finally managed to submit something out! So ok, I actually hold up through a lot of things recently, especially a commission that took me 100 many layers to complete.

This one is something I came up weeks ago; drawing the three main Jewelpers in their master Jewel Cloaks and the weapons that ripped from Nanoha. I listened to too much "Snow Rain" recently, probably why I draw the snowy ruins in the first place, it makes no sense.. Ruby and Sapphie's weaponry were fine, but I had no idea why I need to give Garnet a heart-like Sword Whip in the first place. Hey at least they look a bit better like this IMO. The bad side this had the same amount, but the good thing is I finally learned how to work around that problem easily and yet taking me a bit longer to finish. This is more on the lines of positioning the characters to see the illusion that they're away from one another and manage to finish this a bit earlier instead of taking another 2 weeks. Again, I pretty needing a lot more practice on how to handle seasonal backgrounds like this, I think the winter background I picked is not bad, though I did manage to actually make an aurora this pretty to complement the entire background. Pretty much I came out while browsing for some tutorials.Not bad, but then I gotta practice more.