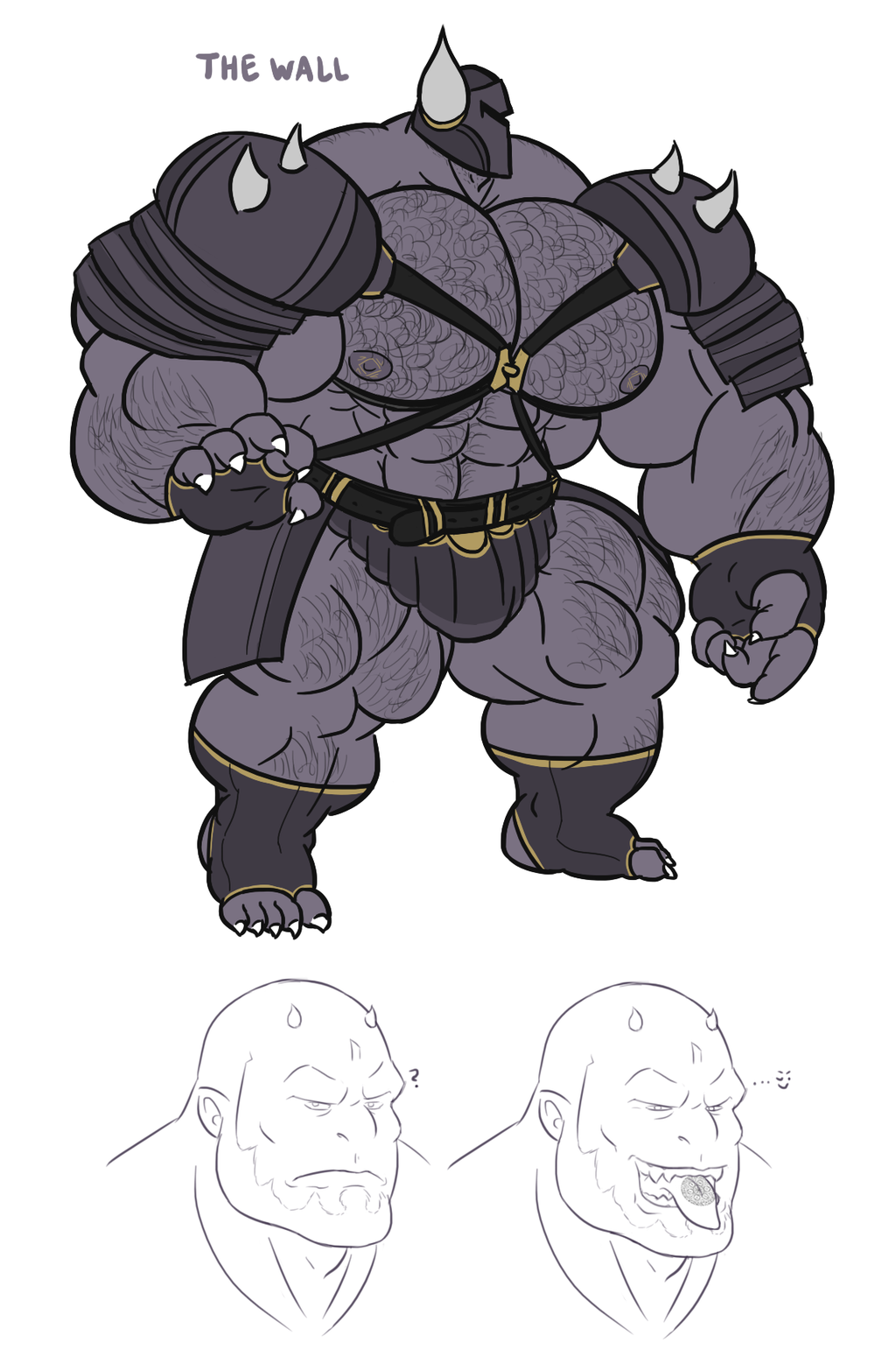 you can see the full ref sheet in his gallery http://www.furaffinity.net/view/19840769/

"The Wall," as he is known by many, is a towering, burly demon measuring at least 7 feet tall at his smallest. Created and trained in Hell, Wall chose not to go down a path of evil or corruption like most other demons and currently stands in a neutral position between Hell and Heaven. A lone knight, Wall fights off demons and angels who prey on the innocent, but he also fends them off for his own personal safety, being constantly targeted — he's seen as a traitor by other demons, and his strength and size-increasing powers are well-sought after.

Being a knight, Wall frequently wears his custom armor. The armor, as well as his immense sword, are both tempered from unearthly ore, making them extremely resilient and very powerful. The armor in particular is designed to come off as needed as his size increases; the clasp on his chest releases, allowing his shoulder guards to fall off seamlessly. The undergarments he wears are pleated in order to allow the fabric to expand and stretch to fit his increased mass, and his belt is looped multiple times to allow room for slack.

Wall is very adept at runic magic due to his training while in Hell, but he is also naturally attuned to the use of magic in general. He inscribed a particular set of runes on his body to supplement his immense physical strength and durability in battle. These runes have a few other beneficial side effects such as increasing his height, musculature, and...particular endowments.