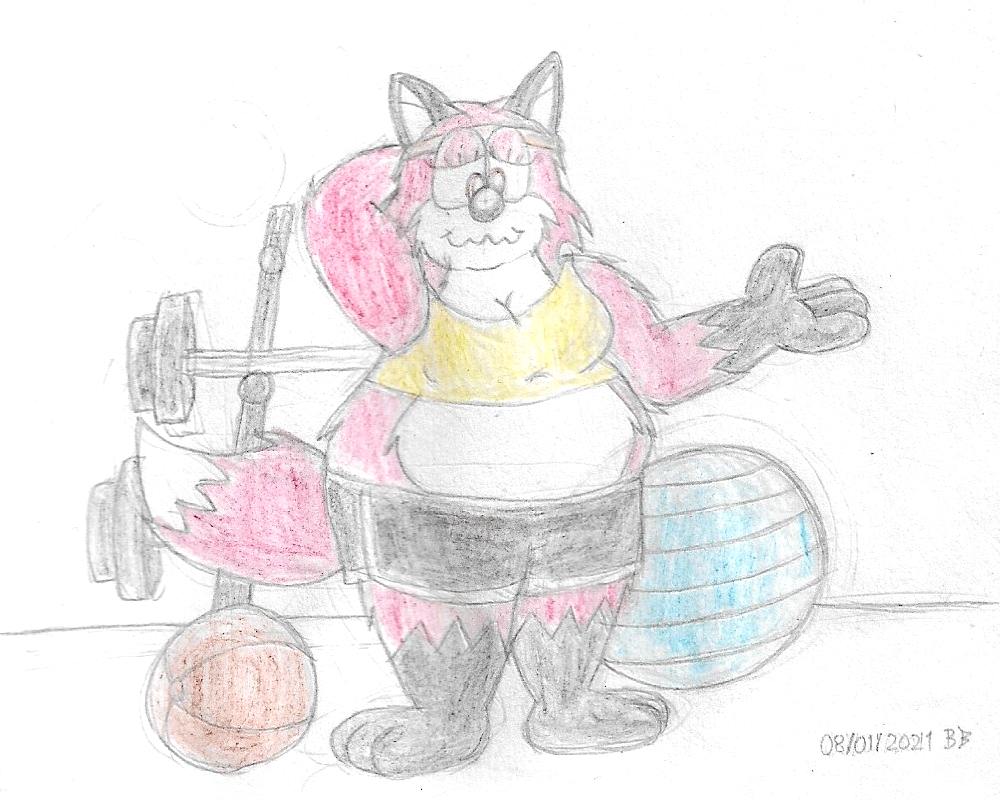 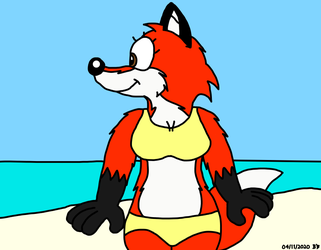 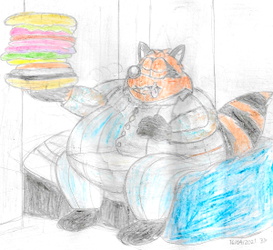 "If it could happen to me, it could've happened to anyone!"

Vixelle had to admit she had let herself go over the holidays, seemingly a consequence of her time spent with Roocan, whose love of food had perhaps started to rub off on her. His special Christmas doughnuts had probably contributed. At least now, she thought, she had an obvious New Year's resolution idea: to lose weight. She started by finding some new exercise clothes that would fit her now-larger frame; she felt quite embarrassed by how revealing they were but a light, airy outfit seemed just right for a good workout.