Spyro made a smile, easily knowing the answer.

Spyro didn't know when he saw Elora previously. After the brief hookup after his detour to Forgotten Worlds in order to defeat the Sorceress and rescue the stolen dragon eggs, Spyro hasn't heard from Elora since. As far as Spyro knew, there were still problems over in Avalar that needed fixing ASAP. And so the day the young purple dragon finally managed to reunite with the faun once more must have been the happiest day of his life yet. They were currently enjoying coffee (brewed by none other than Gavin himself) near the Well in Stone Hill. Spyro couldn't help but notice that Elora was wearing a more fancier dress than her usual one made of leaves.

And thus Spyro led Elora to the most picturesque spot he knew from memory: the Ancient Ravine. According to draconic legend, it was the spot where a mighty king of ages long gone fought a fierce battle against the Horde from Below, the result of which resulted in the massive fissure. Today, the ravine still has a Peace Keepers regiment permanently stationed in there in case the legend does turns out to be real and the Horde would surface once more. While largely honorary in nature, they do function as a rescue squad in their day job as the very bottom of ravine is too hot for anyone to survive for longer than 10 minutes. When Spyro and Elora arrived there, they were fortunate to be have some privacy as most of the visitors have already left the place.

The Dueling Peaks. Spyro vaguely recalled some of the locals in there speaking about it but because of his urgent mission, he definitely didn't have time to admire the sights. Luckily, Avalar has recovered to the point that he could truly appreciate the beauty it has to offer if he ever decided to make a visit once more. Spyro suddenly felt the hunger pangs inside him and reached out for the knapsack he took for this trip. Inside it was a couple of sandwiches, jelly, fruit and a tea kettle full of the finest tea Artisans could offer. Sharing the stuff with Elora, Spyro really felt alive.

According to rumours, the project the Professor is working on is either a massive weapon capable of ripping the world apart or an efficient teleportation system. Spyro naturally wished that it could be the latter. As Spyro and Elora were about to leave, none other than Hunter showed up to greet them. Elora was naturally happy to see him after a period of absence.

The trio then admired at the ravine once more before heading the back the way they came (narrowly avoiding the temptation of an overpriced food card helmed by none other than the greedy bear Moneybags in the process). After arriving back to the Artisans and into his house, Spyro stretched his limbs before going to bed, wondering what the tomorrow will have in store... 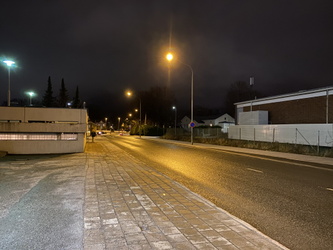 Spyro decides to go on a little sightseeing trip with his best friend Elora.