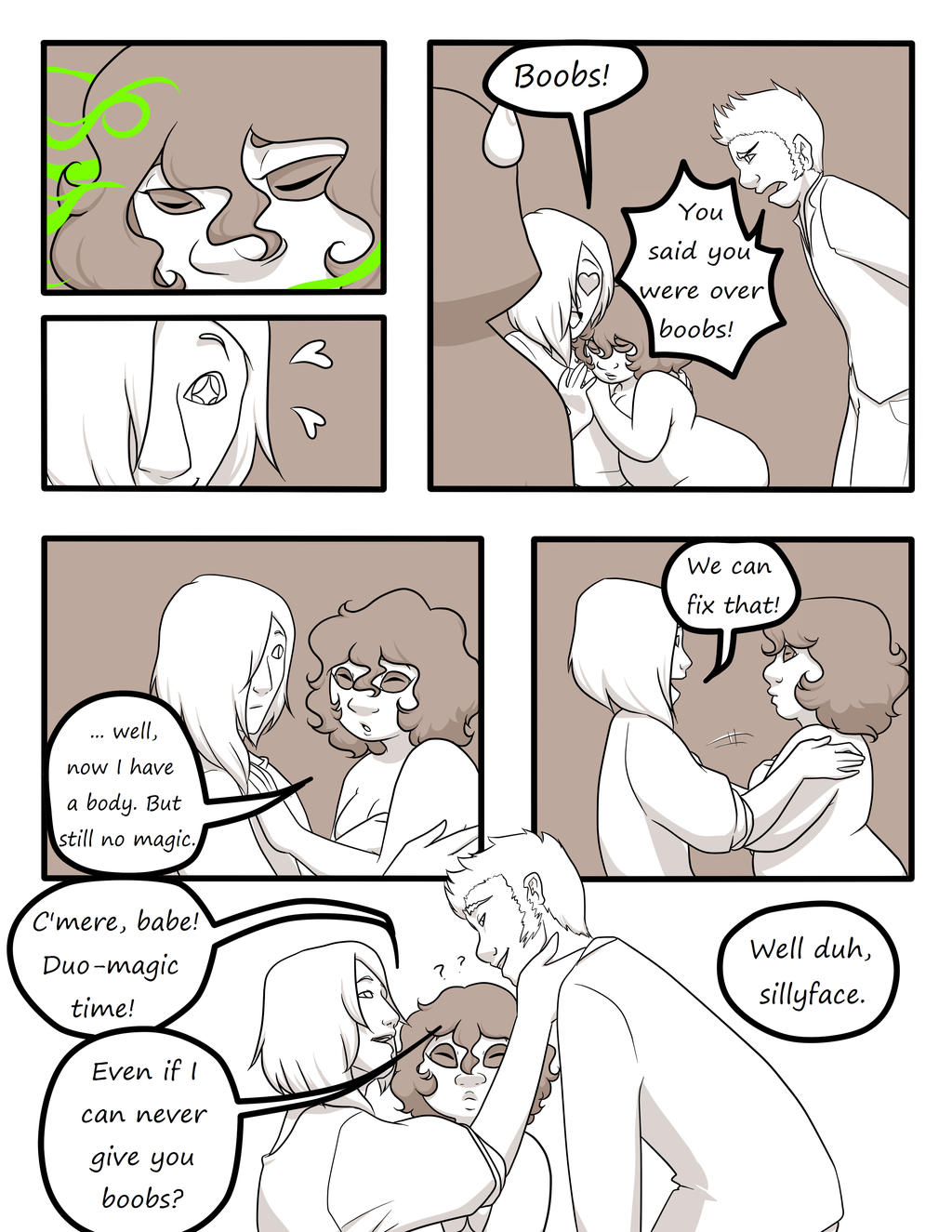 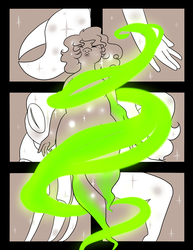 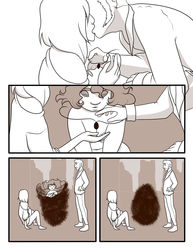 Geeze, I did this one in one go, pausing only briefly to eat and do the laundry... Originally I wanted to nap, but then I couldn't sleep, and then I started the page, and then I came to eight hours later while doing the finishing touches...

I'm really happy about Coffee's design though, she's so fun to draw! Her face makes me giggle, especially in the last panel.

Don't worry, she'll be de-nakeded on the next page. I'm also going to answer a few questions in the round 1 comic if I get in. The audition already seemed pretty exposition-y, I didn't want to overload it.
I also hope that this is not an amount of nudity warranting a mature setting, but if people ask for it, I'll put it in. I just kept it like that right now because the nudity is not explicit and not really put in a sexual context.

Also Darren's reaction is a reference to this post of their creator. And no, he's not trying to grope Coffee in panel 3, he's just flailing in excitement!