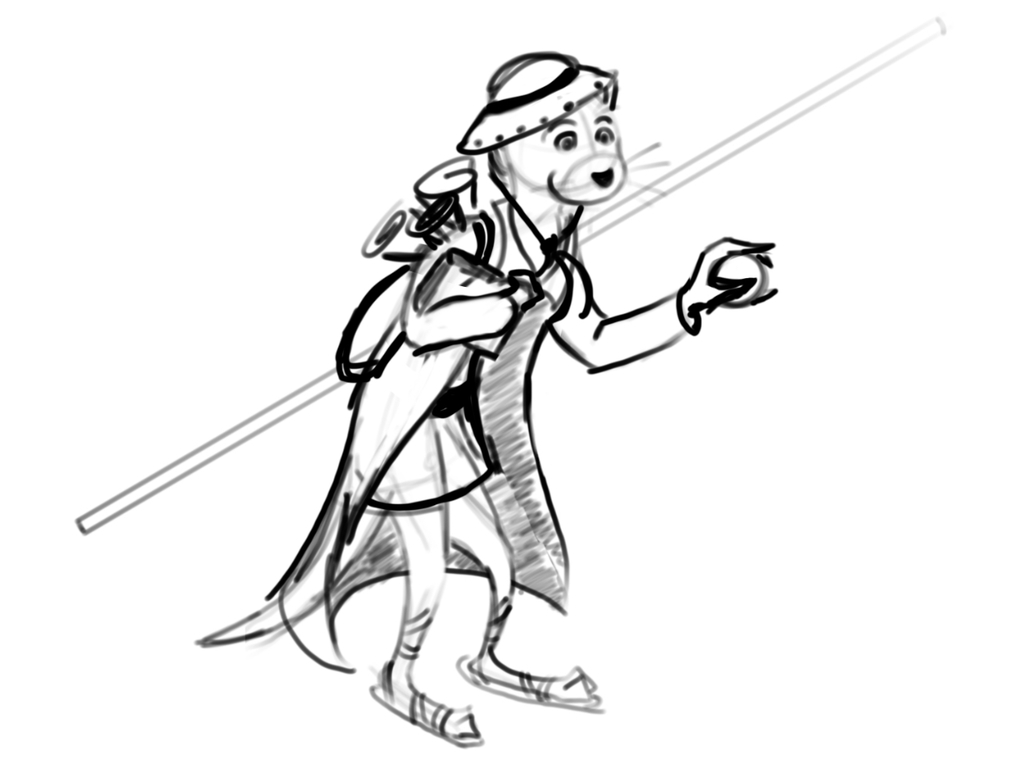 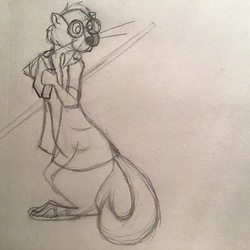 So, last week on D&D, there was No guarantee that my regular boy Eugene (my shit son whom i have brought up from level 1) would still be alive, so I finally cracked and made a proper backup character.
She's the complete inverse of him, as a Wizard who is really trying her best to be a Rogue. She prefers to use whatever weirdass unrefined magic she found at the bottom of a moldy cave, for better or worse, and is a slight nerd about needlessly complicated and needlessly lethal traps. Has a shortened 10' pole which is for Yeeting. Slightly cursed and none of her friends are currently living, but she's a team player who is really kind of Alarming sometimes. Her focus isn't really drawn here but it's like... half a bone with carvings on it.
Fortunately my Rogue who is really trying his worst to be a Wizard was able to get over his case of "being dead", which is pretty good, because it came down to the session time and I still haven't named this lass yet :'D I wanna keep working on her though in the meantime, improve the design and find a name and all that jazz.