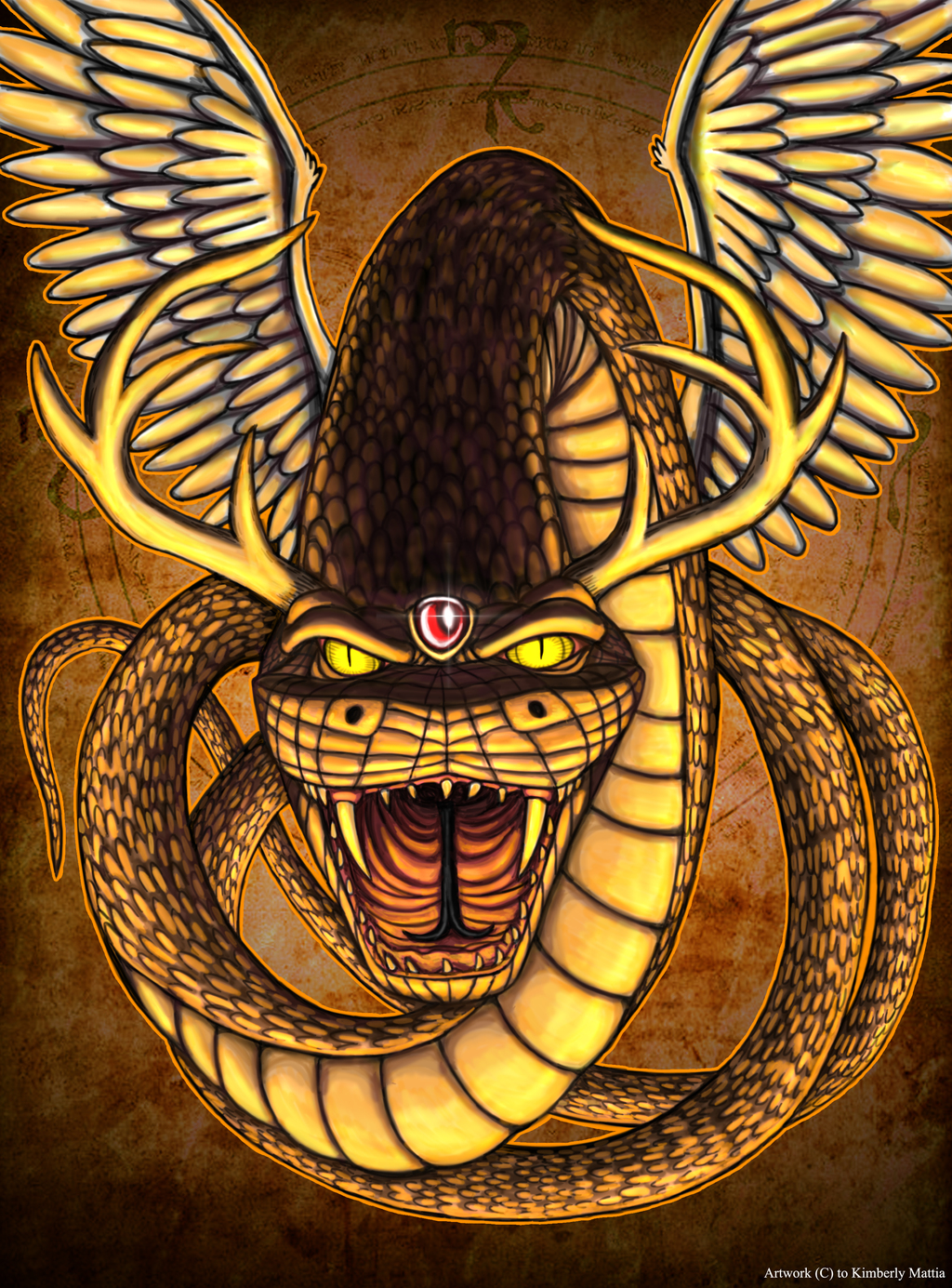 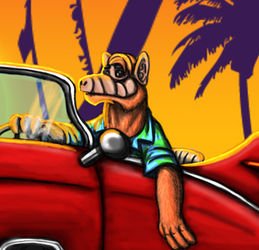 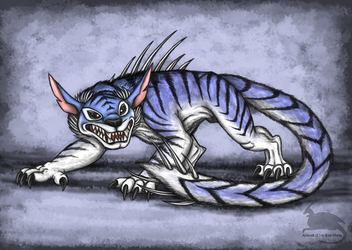 so I decided to draw something different from a change. the idea for this started back when I was doing a project researching native-american folklore, I came across this one tale that told of a creature called Uktena, huge serpent like creature that had antlers like a stag, wings of a bird and a large jewel in-crested on it's forehead and they sounded like a pretty awesome creature to me and wanted to draw a pic of it someday. so I finally got my lazy bum and did it, as you can see this pic was exhausting for me(so many snake scales 0.0), but I am very proud of how it turned out. probably the most impressive pic I have done in a while.