Bullying the Ceratosaurus ... by BlackDragon07 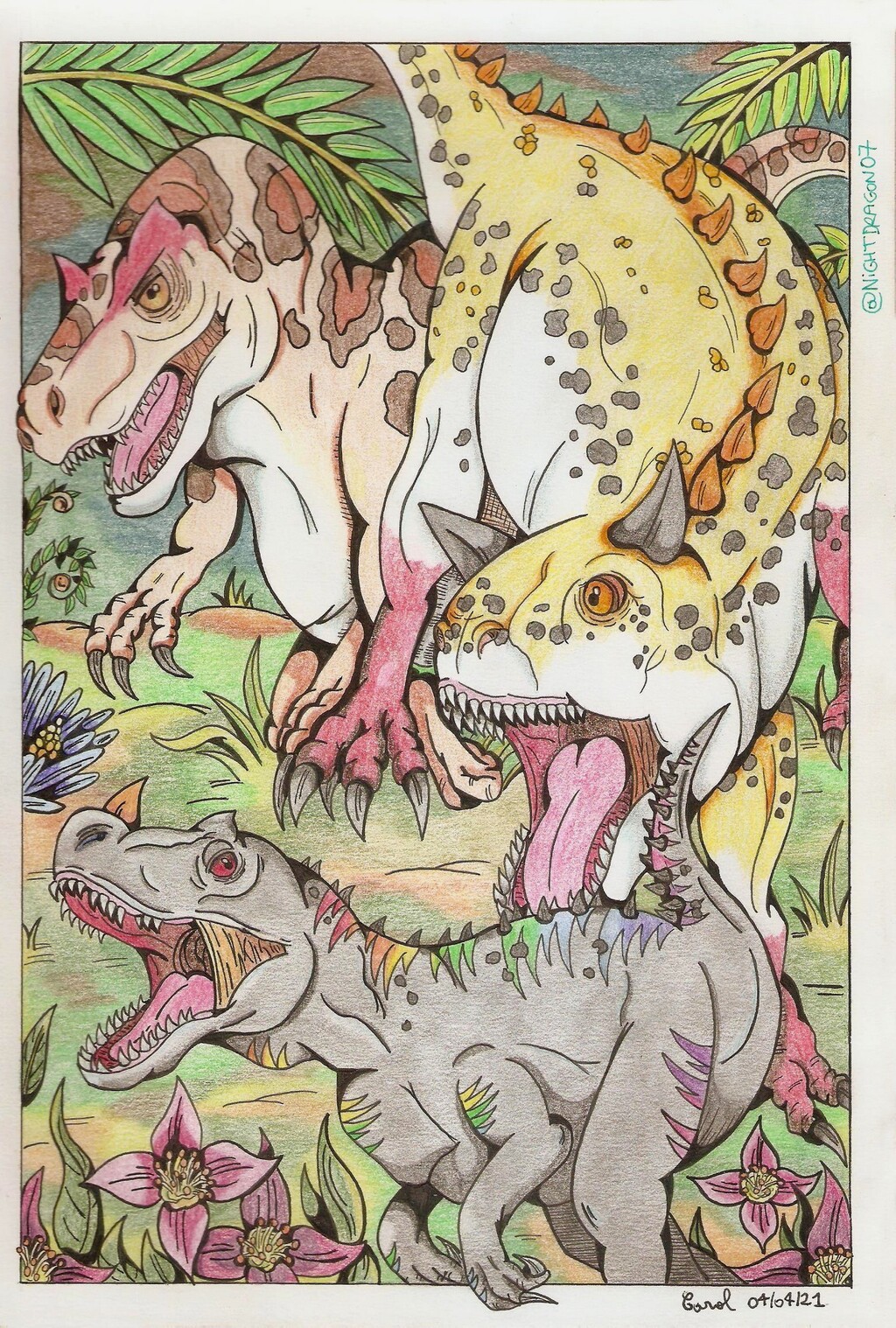 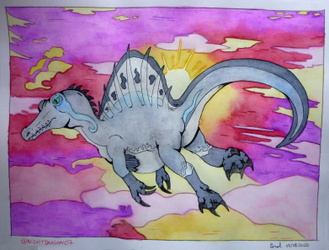 I extend my universe with the dinosaures, so here are some new ocs of mine. (Yep, I know still carnivorous dinosaurs, lol! xD )

Here we have Bumblebee the Carnotaurus. He is a provocative and agitator caïd. He always wants to be the big boss, and to do this, he bullies other dinosaurs (Especially Black Rainbow, the female Ceratosaurus, that he considers as his enemy). The dinosaur who is following him everywhere is his closest friend Rattlesnake the Allosaurus. Rattlesnake isn't the smartest dino out there, but surprisingly he is also very kind and friendly for a carnivorous dinosaur (he even go along very well with herbivorous dinosaurs). Although he follows his best friend everywhere, he does not participate in his bullying thing. And finally we have Black Rainbow, a female Ceratosaurus and real tomboy. She is an adventurer, a bit cheeky and reckless, that's probably some of the reasons why Bumblebee considers her as his enemy. She is also Albert the velociraptor childhood friend.