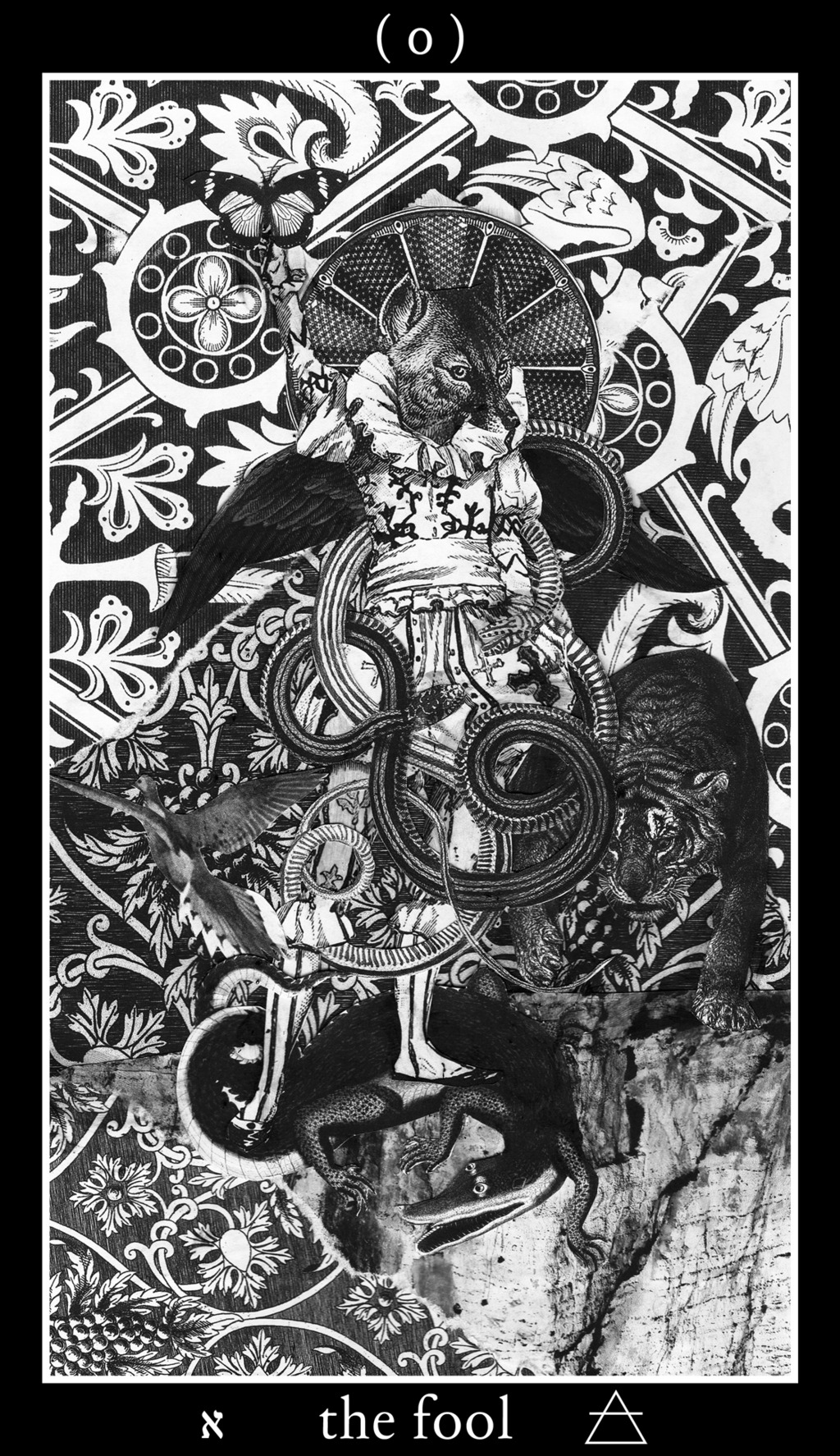 The beginning to the Tarot deck and the Major Arcana is The Fool, an enlightened manifestation of divine madness much like the oracle speaking in tongues, the prophet receiving visions, the artist in the throes of creation, and so on. There is an ancient tradition between madness and divinity, for without this ‘inspiration’ there would be no revolutions, no wanderers into uncharted territories, no leaps of faith into the blackened gorges.

The Fool is represented here as a Black Jackal manifesting as a court jester covered and entwined with serpents, radiating with a halo of black joy. He has conquered fear by riding on top of a Black Crocodile, an initiation ritual performed in African regions. He too has turned his back to the Tiger of Fear, a notable symbol within the tradition of the Tarot. The jackal is with the dove of Venus, and delicately holds a butterfly in one hand. He has the wings of a vulture, similar in nature to crocodile in terms of mythos.