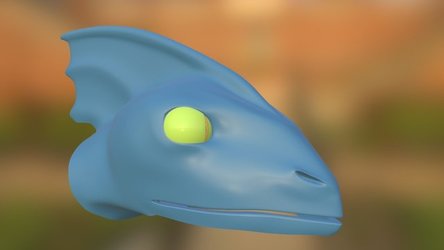 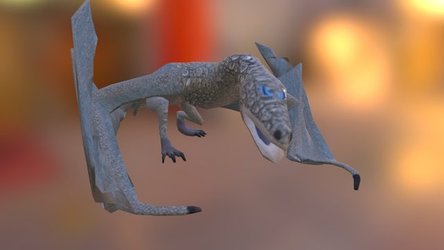 A yet another rendition of my now not-so simplistic wyvern model.

After some feedback I got, I remodeled the wings again to make them actualy look like wings, or rather like bat wings which they’re supposed to represent. I extended them further down the tail in order to make them larger, shortened the tail itself, and made sure they look less like a cardboard aeroplane.

The textures got changed as well since the one I used earlier didn't fit the leathery surface which bat wings normally are. I also made sure to highlight the fingers and arms since they weren't visible at all on my previous version.

I admit I haven't put that much attention to the head, the eyes and mouth comes into mind. However right now I feel I should just stop working on adding more details, because if I don't stop, I'll just add more and more details and I'll never be finished with it. Now I wish to continue with rigging and animations again.

If anyone has any critique or feedback to give me on my model, then I'd greatly appreciate them. Feel free to critique the head as well for that matter, despite what I just mentioned earlier.