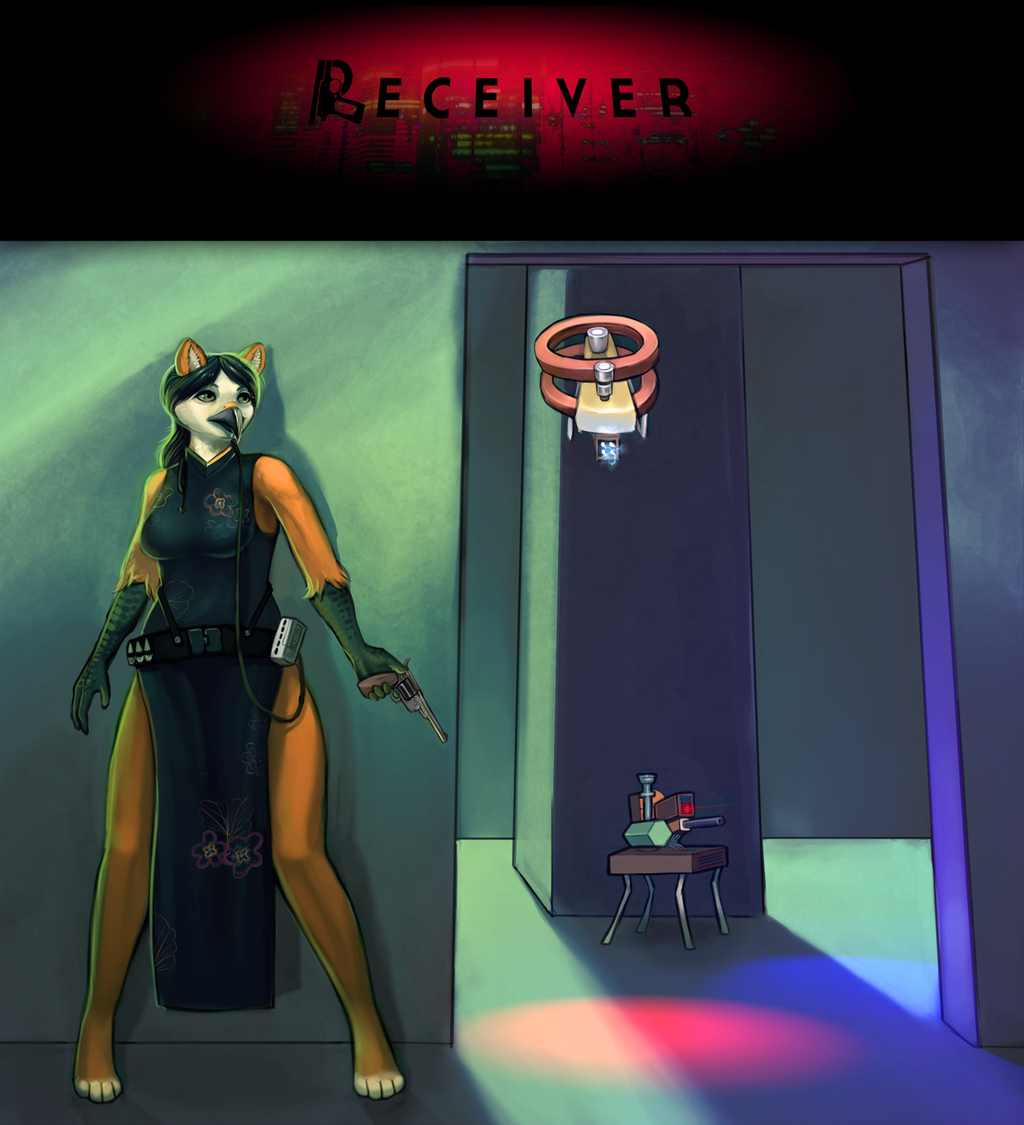 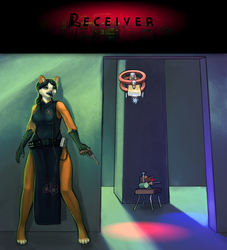 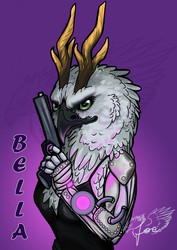 I bought this game Receiver for cheap on Steam. It was built in Unity as part of a 7-day FPS. It is a challenging rouge-like game where you have to locate 11 cassette tapes to uncover the truth of why you are the only person left, while disabling and avoiding kill drones.
The flying drones have tasers, and the turrets have a 15-round magazine.
One shot kills you.
A fall too far kills you.
I commissioned

Owlette to draw this, and later on I mocked up the scene in 3d Studio Max, and made a lighting overlay for the turrets, then composited them with Photoshop afterward.