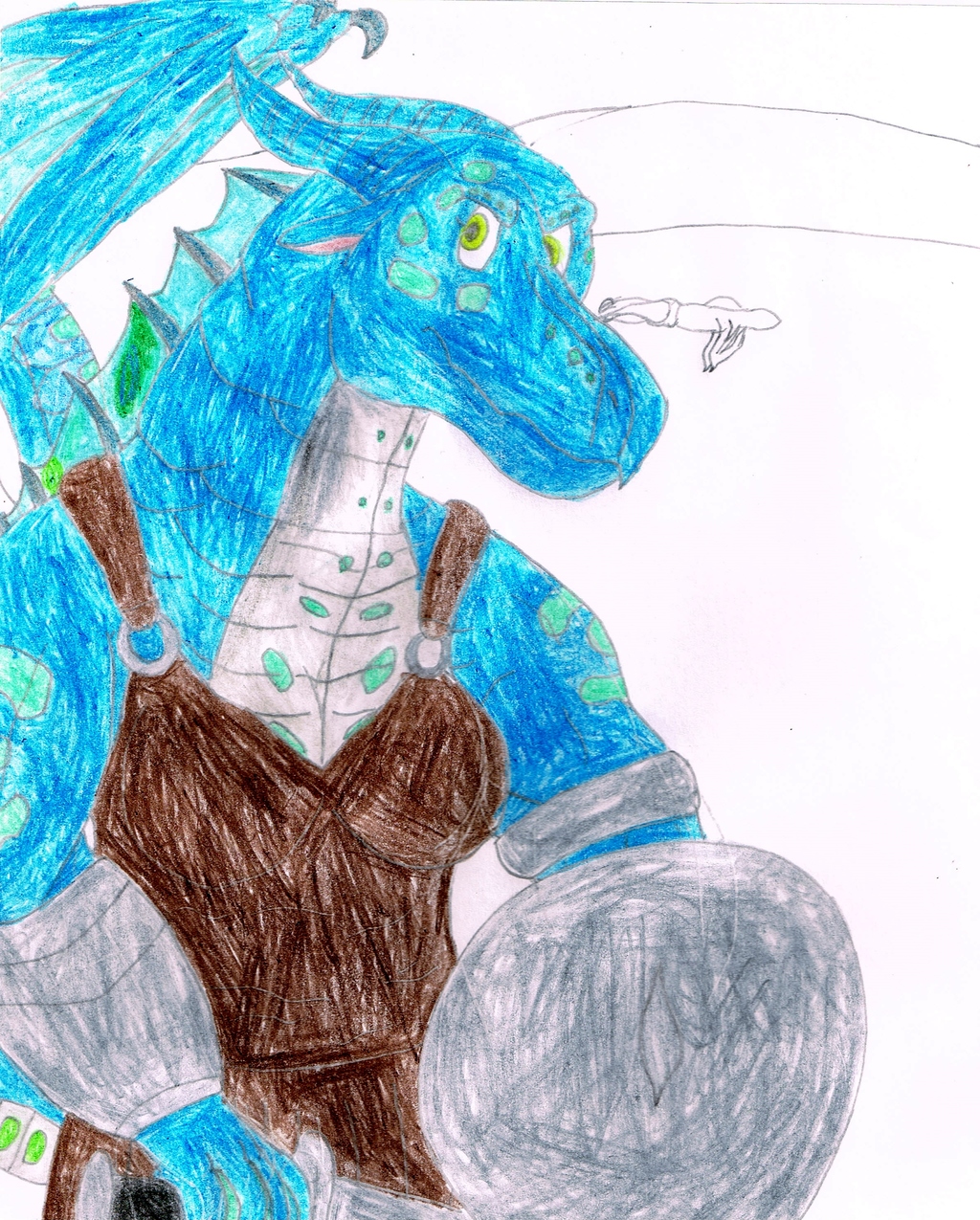 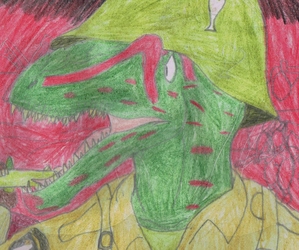 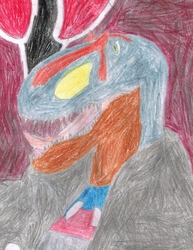 Felt like doing a depiction of an Anthrofied Tsunami in the SkyWing arena when she was forced by Queen Scarlet to fight; she's seen here, in gladiator garb, standing not too far from what was supposed to be Gill's corpse. Her outfit I based off of a decent image of a female gladiator in leather gear which I thought would be fitting for someone like Tsunami would be thrown into before being sent out into the arena. It take me a bit to get her arms just muscular enough since I did remember she was mentioned as being pretty buff in the books (not as much as Clay, mind you, but still).

And yeah, some of the colors are kind of messy but I tried finding the pencils that would best suit those for her overall colorations.