the closet - the district sleeps alone tonight by bass 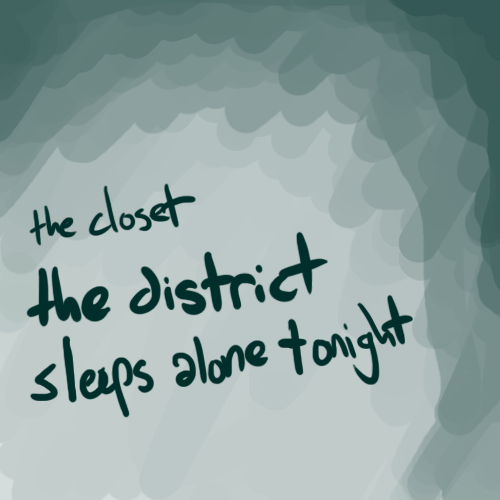 oh woah hey weasyl how ya doin it's been a while

to commemorate the tenth anniversary of the postal service's sole album, "give up," the entire album was remastered and rereleased with deluxe packaging and extra songs, remixes, and covers last week.

it reminded me that reice and i did a cover of the first track from that album on a demo tape about a year ago, so i decided to rework some stuff from it (mostly the drums) and put it up to celebrate. :3 this one was from a brief period last summer where reice and i wanted to be some kind of folk-electronic band, which is why we used electric drums on this one. the piano (midi, sorry--i don't actually own a real piano :c) was meant to be some kinda hybrid between the original organ part and Birdy's cover of the song. i think it turned out pretty well. i think reice was supposed to sing the harmonies and backup vocals and stuff too, but he ended up moving to toronto before we had a chance to do those.

i really love this song and the postal service's music, for me, has a lot of... maybe not good memories, but certainly important ones attached to it, so... yeah.

sorry it's so quiet. someone should show me how to actually use a compressor instead of relying on presets all the time.