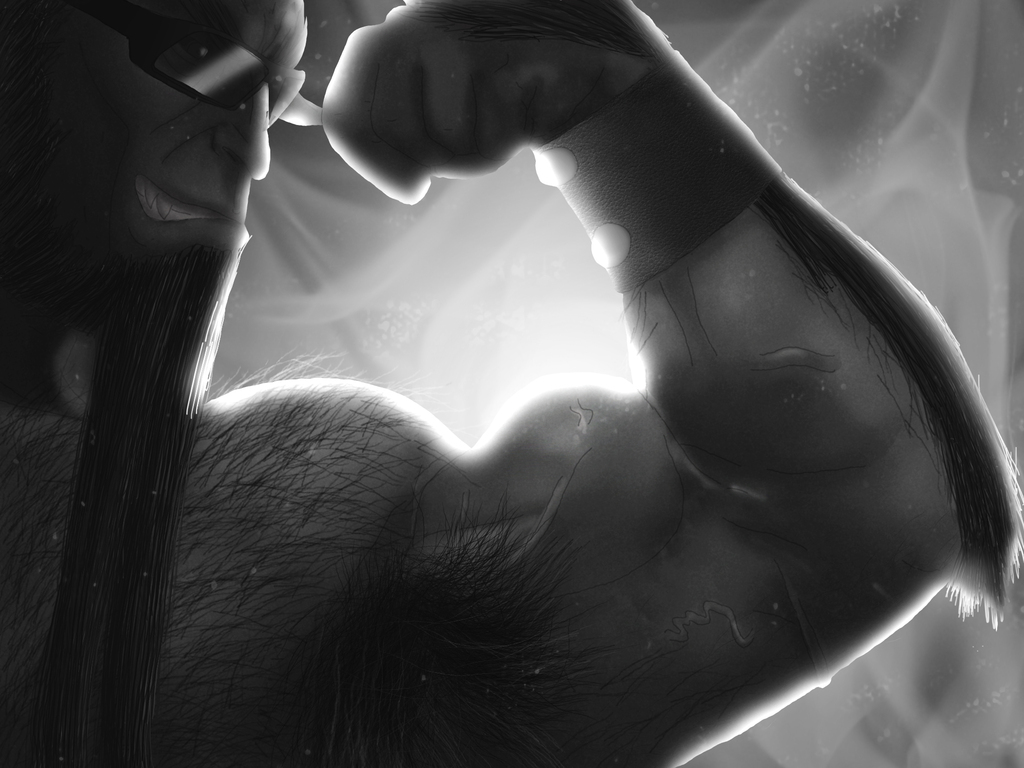 With the permission of my beloved bro dodark, I decided today to post along with the first part of my article on numerology some arts he made for me as a gift for the years of friendship we had together.
We met and became friends thanks to our love for the big, strong, powerful, muscular and macho, Lou. He is the final boss of the Guitar Hero III: Legends of Rock video game.

Lou was for me the first male character that won my heart and he will always own my heart.
Lou is a powerful, masculine and very stylish character, and despite being a demon and a representation of Satan (the incarnation of evil); Lou is not such a bad character as he has a comical, gentle and adorable side that made me fall in love with him.

Since we met Lou, we've become in love with him and we love drawing him!
I was never as good at drawing as my brother dodark, but whenever I can I try to draw Lou.
The first gift I decided to post is an art of Lou as a bodybuilder flexing his huge, strong and rough bicep as a granite rock for me; he certainly always knows how to win my heart because whenever I see a man flexing his biceps for me I fall totally in love!