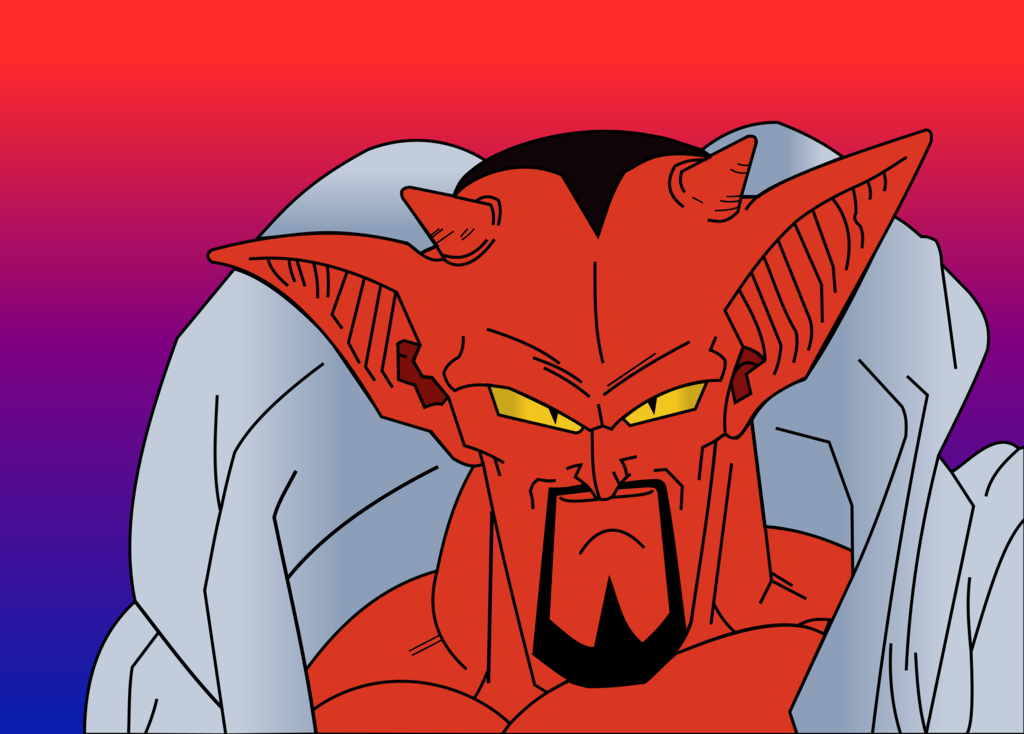 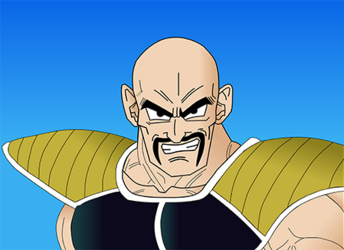 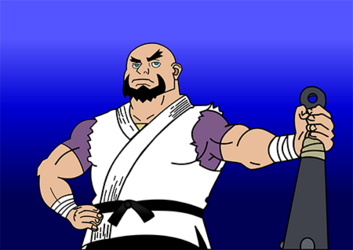 Continuing my posts of results obtained with the basic Inkscape course for beginners, here's another drawing.
The last class I had from Inkscape was a general review of basic program concepts related to the tools studied: gradient, node editor, selection, rectangle, ellipse, bezier pen, free drawing and object order.

The goal was to make drawings of any things vectorizing them in the program and applying the concepts already studied to edit and color the drawing.
I decided to review some drawings I made on paper and vectorize them in Inkscape and used the techniques I learned to color them. The second drawing I remade in Inkscape is my second drawing from Dabura.

More info about Dabura below:
"Dabura (ダーブラ Dābura) is the king of the Demon Realm. Existing for thousands of years, Dabura was a demon king placed under the wizard Babidi's control by a spell, becoming his right-hand man before the appearance of Majin Buu and thus doing his bidding.
Dabura is a secondary antagonist in the Majin Buu Saga

Appearance:
Dabura's appearance greatly resembles the traditional depiction of Satan in terms of his red skin, goatee, horns, large pointed ears, and animalistic yellow eyes. However, there are several changes to this iconic look: Dabura wears a light blue suit which covers his entire body minus his musclebound chest, along with a white spiked cape, a white circular belt, and white boots.

Personality:
Dabura's personality, while very sadistic in terms of his battle actions and methods of disposing of enemies, is also very sophisticated and well-mannered, speaking in a very articulate fashion, even complimenting the talents of his opponents with his deep, booming voice. When controlled by Babidi, Dabura stays completely loyal to his master, but does not always agree with every step Babidi takes, and is not afraid to question his master's actions if they seem impractical or a disadvantage to their plans." - Source: Dragon Ball Wiki.