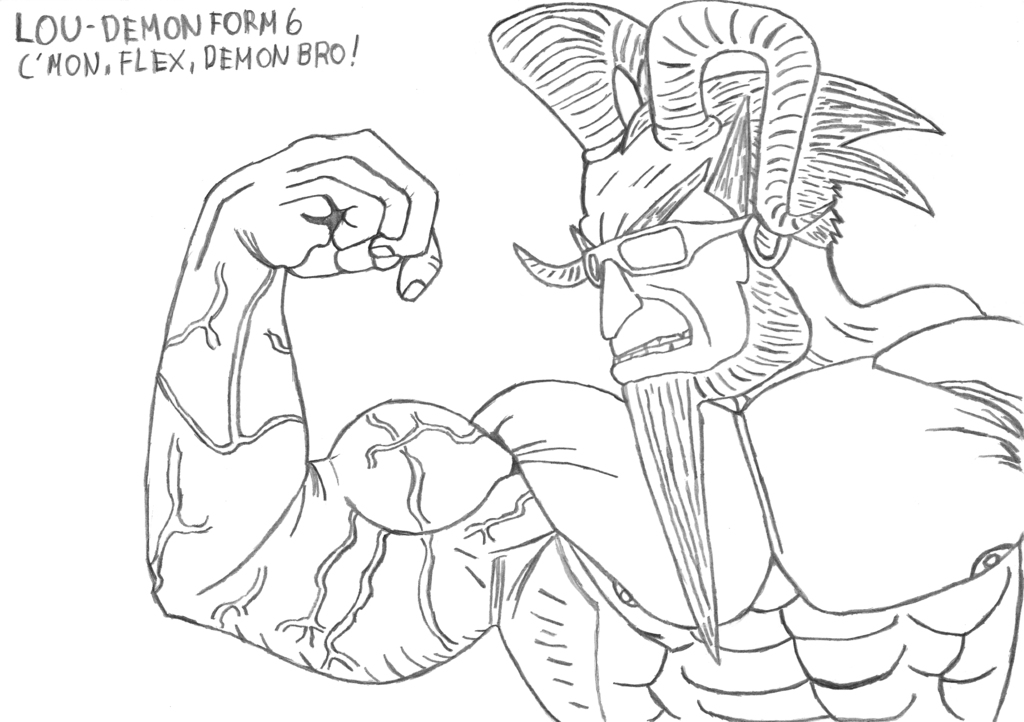 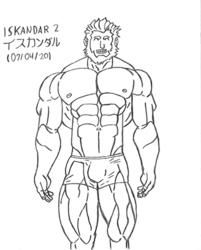 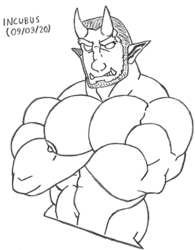 To finish my last Lou drawings, here is a very special drawing for me since I had a lot of difficulty doing it. As many know, I am not a good designer and I don't have many skills in human anatomy; draw muscles and giving exact contours to muscular bodies of men is very difficult for me since I never took classes or even learned anatomy from a more experienced artist.

This drawing is a small tribute that I dedicate to my beloved MUSCLE-BRO dodark aka rontaro, this is a small gift to celebrate our friendship! I know that it is not a very well done drawing, since it's notable the errors in his chest that seem a bit flat and lack depth and in the abdominal muscles that are asymmetrical.

I made this drawing based on a photo of the Greek bodybuilder Michael Kefalianos, and for Lou's face, I used the base of Lou's face from the artwork called 'Demon Bros', from my MUSCLE-BRO, dodark aka rontaro.

As I still can't draw anything directly from my imagination without completely making a mistake, I can only make drawings based on things I can see and sometimes I try to adapt some drawings that I see adding some personal things.

BRO, this drawing is for you and I hope you like it!