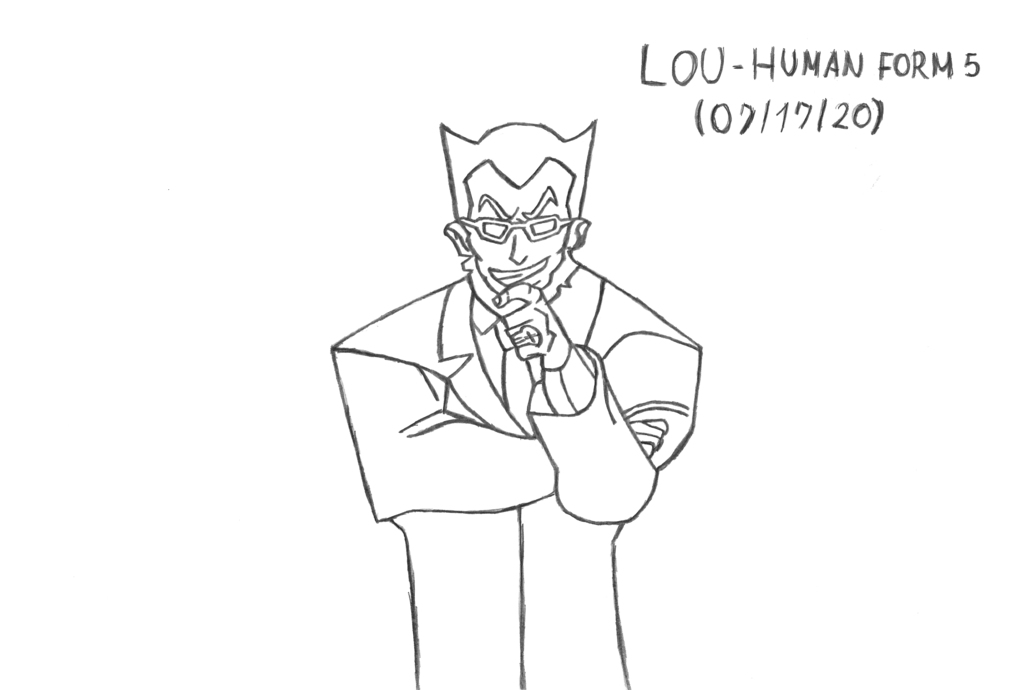 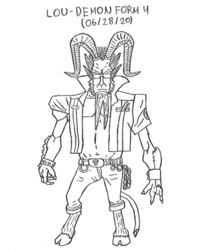 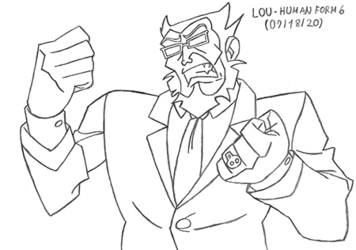 Hello everyone again! I haven't posted anything in a few days, but this is due to the fact that I've been working on some new drawings that I've done and I'm very happy with the result I got in the last few days.
Starting my work, I will post four more drawings of Lou and as everyone knows, Lou is my BELOVED-MACHO HUSBANDO; I'm just madly in love with him!
I love the way Lou smiles, his sly attitude and dominant macho personality!

Lou's first drawing is based on his appearances on Guitar Hero: Metallica, where he appears as a well-dressed and stylish businessman. I already mentioned that I love men in work uniforms, hehehe!
It's a simple drawing, but I loved doing it! <3 <3 <3