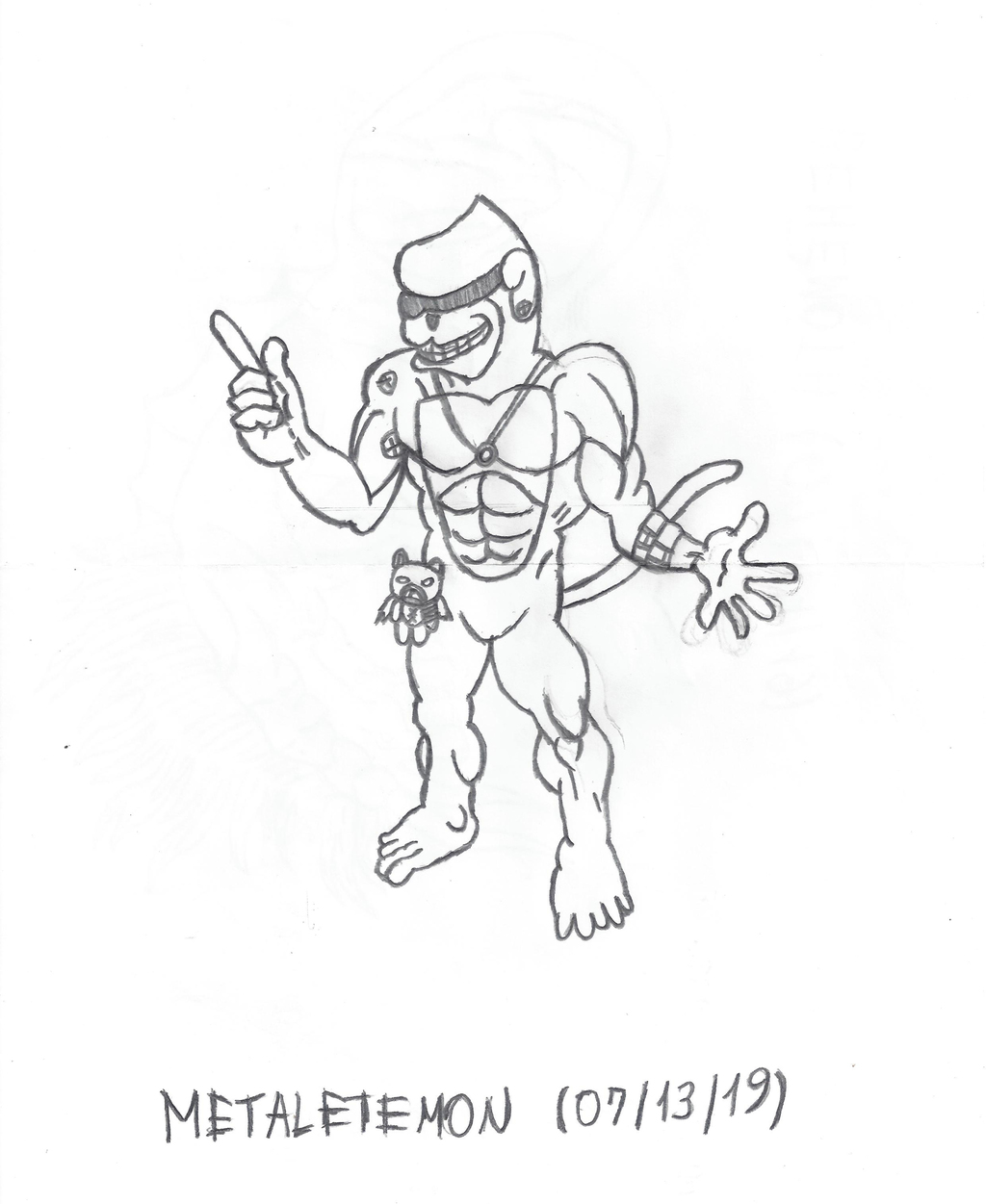 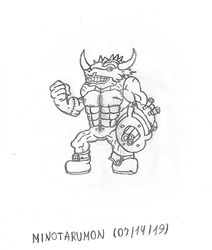 This is a simple little sketch that I did of my beloved character, MetalEtemon; You have no idea how much I love him! MetalEtemon is for me one of the funniest characters in the animated series Digimon Adventure, as well as being incredibly sexy and handsome in every way! His muscles always drives me crazy in love!!!
I always wanted to draw him, so how comfortable I was to draw him, here is the result.
I'm not the best artist drawing muscles, but I hope you like it!
If you liked this drawing, favorite or comment, if you feel comfortable!

More info about MetalEtemon below:
"MetalEtemon is an Android Digimon. It calls itself the "King of Digimon", and was once called the strongest Digimon. It went out to fight harsh battles in order to search out a mighty person, and though it was able to acquire valuable combat data, it was also considerably injured due to the constant battles. It then studied its own weaknesses from the data acquired through battling, and has now been perfectly reborn as an ultimate combat machine by full metallizing itself. Its body surface has a full coating of the Chrome Digizoid metal used by Metal-species Digimon. Its combat abilities have been raised to their maximum, giving birth to an invincible fighter which has acquired Strong- and Dirty-style wrestling skills. MetalEtemon is on good terms with WaruMonzaemon, and it is said that the WaruMonzaemon plush toy it wears on its waist is something that WaruMonzaemon sent to it." - Source: Digimon Fandom.