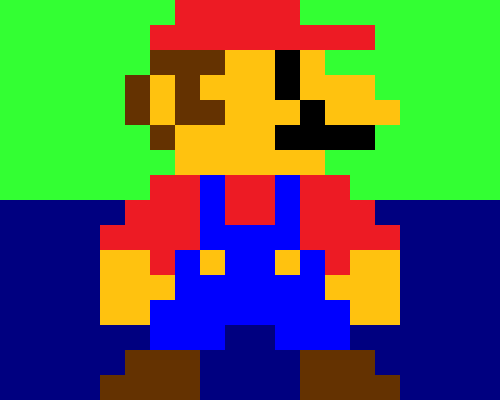 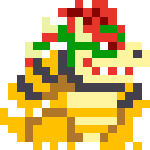 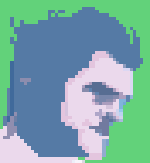 During these days I was without ideas of which models I could use to make a pixel art, so I decided to do anything random that appeared in front of me. I made this 8-bits version of Mario's of Super Mario franchise from Nintendo as a hobby since it's an easy-to-draw frame with pixels and doesn't require many specific details. I made the art based on internet tutorial and any reference model.
Maybe when an interesting idea comes to my mind, I try to do something cool.

I've used the PISKEL application which is a free platform for creating sprites and pixel art for professional and amateur artists.
Link to PISKEL: https://www.piskelapp.com/

Some info about Mario below:
"Mario (マリオ Mario?) is a former plumber who resides in Mushroom Kingdom. Mario and his brother, Luigi used to live in Brooklyn as plumbers. Mario rescues Princess Peach from Bowser. However, when Bowser kidnapped Mario, Peach rescued him.
Mario is the titular protagonist of the Mario franchise. Shigeru Miyamoto created Mario.

Profile:
Prior to Super Mario Sunshine, Mario wore a blue shirt and red overalls. He has a brown mustache and brown hair. Currently, Mario wears a red shirt and blue overalls with yellow buttons. He has a red cap that has the "M" on it. Mario wears white gloves and brown shoes.

Personality traits:
Mario is a brave, just, moral, righteous and kind-hearted hero. He puts other people's needs before his own. He is willing to risk his life to save people from evil-doers."