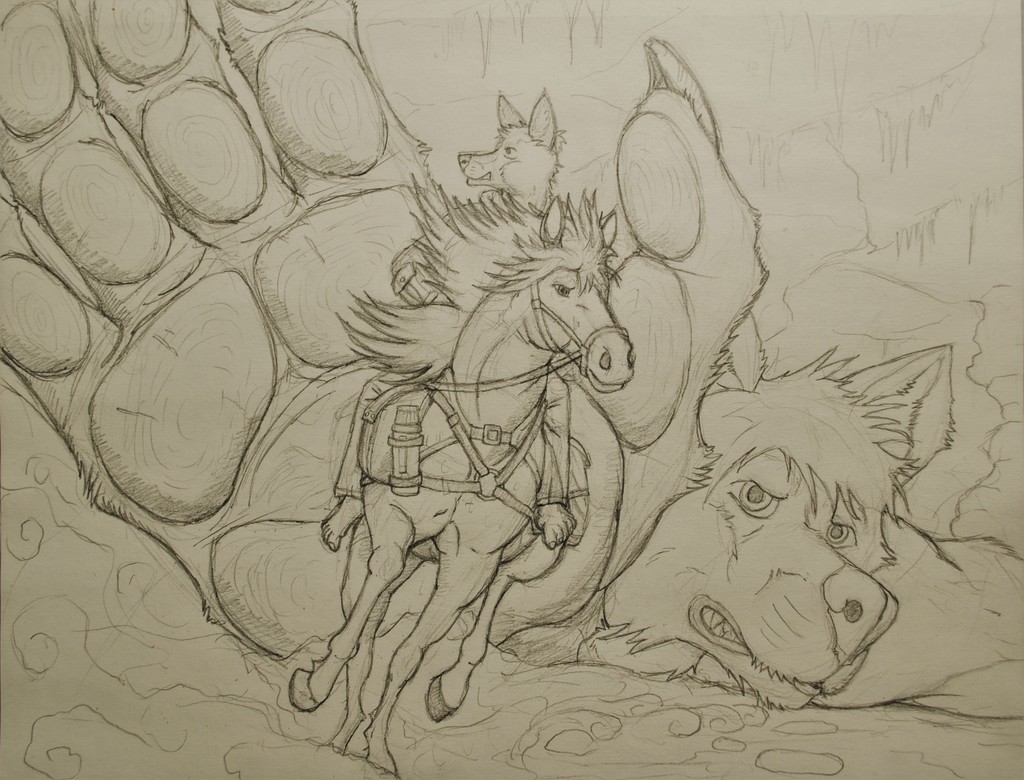 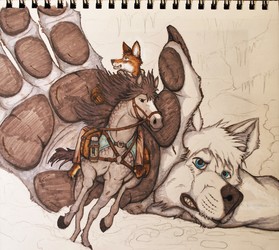 Caz is not entirely innocent, not by any stretch of the imagination. While his main profession involves smuggling much needed medical supplies to isolated communities in the macro territory, a noble job in itself, he's not above stealing from the macros. And that's why he's in this current predicament. The macro husky in this one might not even be a cruel one. He might just be angry about being stolen from. Caz just tends to be judgmental, from his perspective believing they deserve it. So he'll take what he wants from them and then make his escape.

Reckless as he is, this attitude often puts him and poor Hanna at risk. The horse having to save his hide by whisking him away before they're both reduced to a bloody pulp. Try as she might to prevent it, Hanna's refusal to be involved typically just ends with a longer sprint to save Caz from an angry giant after he's entered their home by himself.