Nightriders: Battle of the Bands Part 2 by AxlReigns 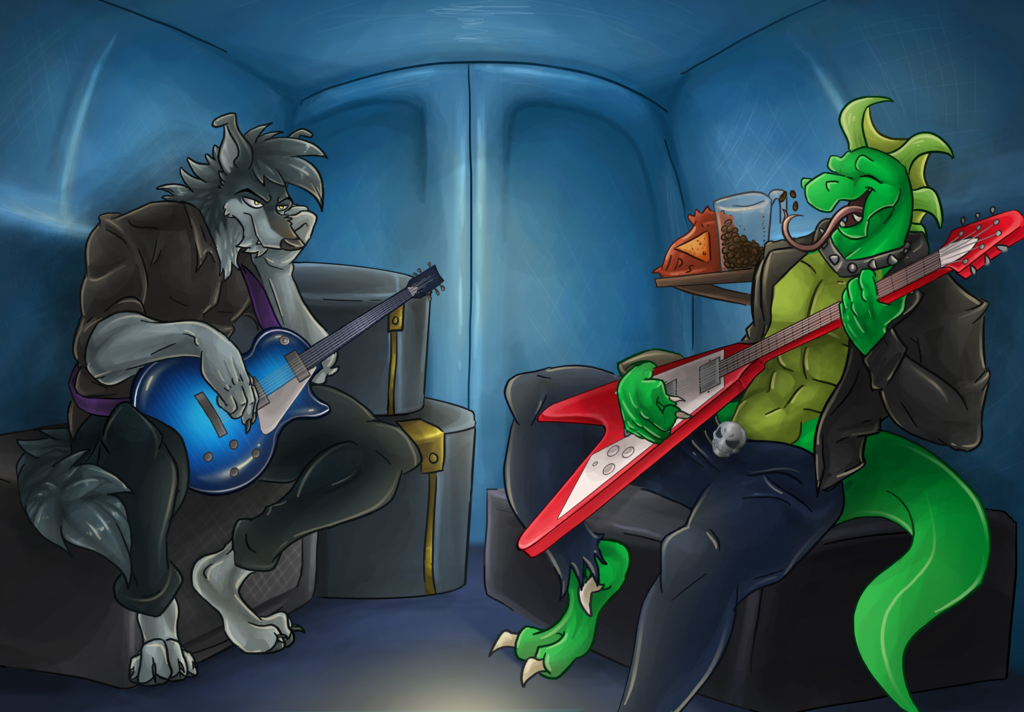 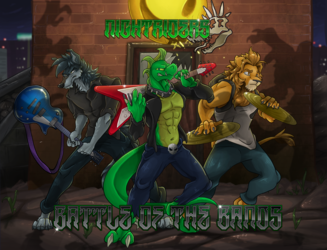 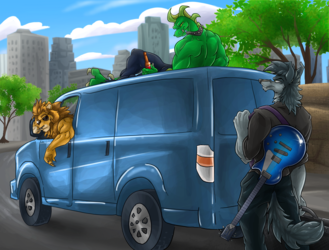 As was the norm when traveling to their next tour destination, Axl and Rolf began to jam on their guitars and sing with the stereo to remain sharp with their skills and help pass the time away. At least until their conversation inevitably degenerated into arguments over guitar riffs and music.

“Yuck! I still can’t believe you actually like Dragonfire,” said Rolf in disgust. “They play their music so fast that it’s not even music!”

“Too fast? Since when was it possible to play metal too fast?”

“Yeah, well… the way they go about it is all wrong,” said Rolf struggling for an answer.
Axl crossed his arms and leaned forward as if listening intently with a smirk. “Uh huh! why?”
Rolf scratched his furry head as he stammered while struggling for an explanation.

“Umm…. well….uh….” Suddenly, Rolf’s eyes lit up with an answer. “Because all their music sounds the same! When are they going to experiment and grow musically as a band?”

Axl rolled his reptilian eyes while still wearing a smirk on the side of his lizard snout.
“Riiight! Like your favorite band, ‘Bells of Hell’?”

As soon as he finished his sentence he could tell from Rolf’s eyes that once again he had managed to bring his bandmate to his boiling point. Although it was never pretty, he also found it amusing to watching Rolf resort to his angry tirades when he knew he had cornered him in an argument.

“Don’t you ever compare ‘Bells of Hell’ to ‘Dragonfire’ in front of me again!” growled Rolf glaring directly into Axl’s eyes.

Axl chuckled as he tried to reduce the tension. “Ok, Rolf! Chill! Geez, you overreact!” He said with his hands slightly raised.

In an irritated fashion, Rolf dropped his blue Les Paul onto the floor. “You know, with your tastes and knowledge of music, it makes me wonder if the only reason we hired your scaly hide in the first place is because you can stick your tongue out farther than Sean Clemmons.”

In response, Axl reclined in his chair and relaxedly stretched out his arms.

“What can I say? Being a lizard does have its perks.” Then, to Rolf’s disgust, Axl lapped a mouthful of chocolate raisins from a nearby container with his long tongue.

Rolf released a long annoyed sigh and shook his head, “I hate it when you do that!”

Axl swallowed the raisins with an intentional loud gulp.

Lonnie, who had been listening to the lively conversation of his bandmates, was no longer able to contain his emotions and burst into laughter from the driver’s seat.

“Yep,” replied Lonnie while grinning at Rolf through the rear-view mirror, “Listening to you.”

Nightriders: Battle of the Bands Part 3