Zip Me Up by Avencri (critique requested) 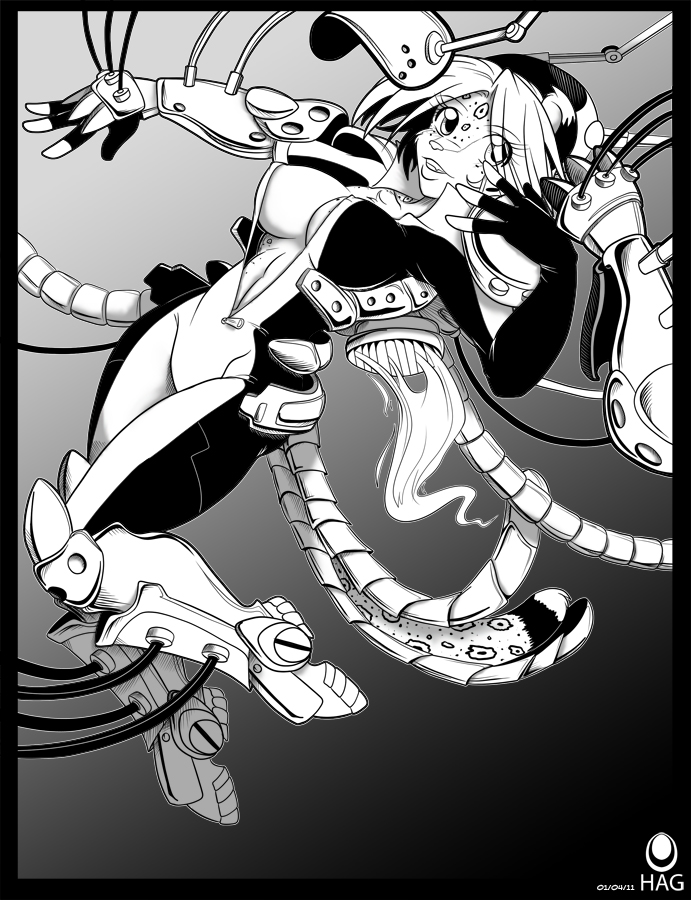 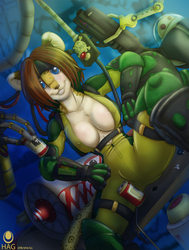 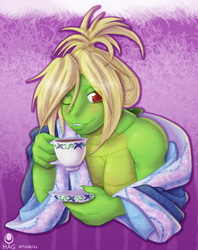 Zip Me Up (critique requested)

Another comission (2 to go for now).

I love it when i get asked to draw my own characters (awesome enough one of the comissions i got to do also involves one of them. And good thing it was Xochitl this time. XD

Xochitls is basically the only female daughter in a family of six macho big game hunters that have a bussiness in designing and crafting heavy weaponry at request. She curses, drinks beer and loves guns and lasers. This particular outfit she is getting assembled on was her idea (she didn't actually build it). =3

She is supposed to be the closest analogue to a mexican girl from Monterrey in Crisald. A jaguar by the way.