Stealing Part 348b by Ashpond 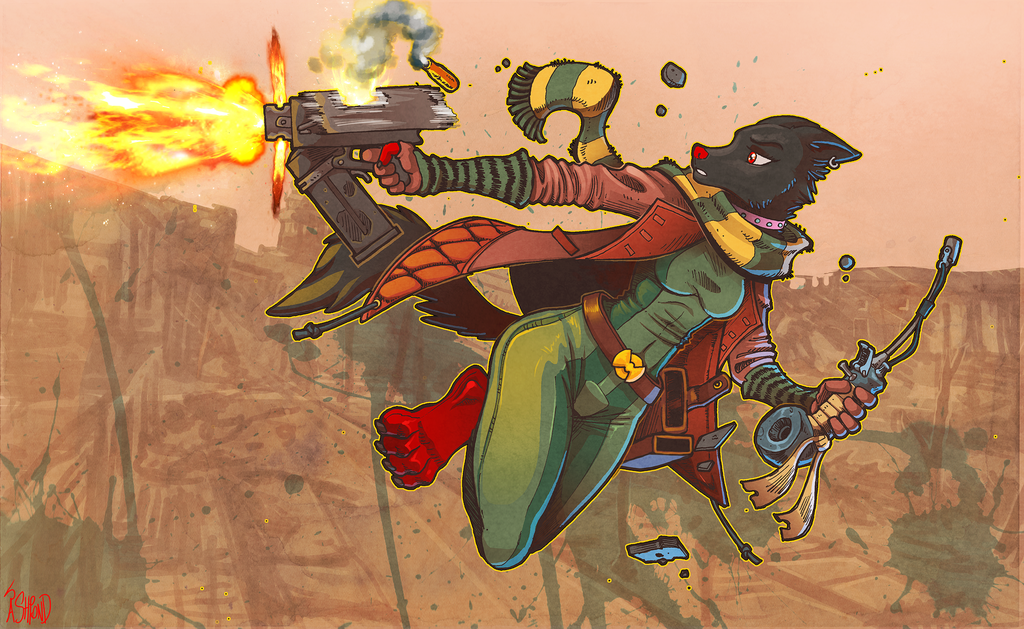 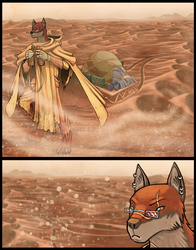 Tibe19K asked me to draw this character for him, as a gift for one of his friends. I'm pretty pleased with it! He gave me a lot of freedom over the scene so I used the chance to study line weight and design some fun clothes.

I tried to make these clothes look kind of post apoc, but also fashionable and cared for. I picked colors I thought wouldn't get you killed right away, haha, but still looked very nice. Kind of based some elements on older English fashion.

The part is totally made up, dunno what the crap it is. :P It has a switch though.

The gun is also made up, it started as a dual barrel .357 however I kept adding stuff to it until it became a made up, cobbled together wasteland gun.

I started to paint a pretty detailed city background, but felt I was losing her into it, so decided to go a little more 'artsy' with it. That was when I added the bold orange halo too.