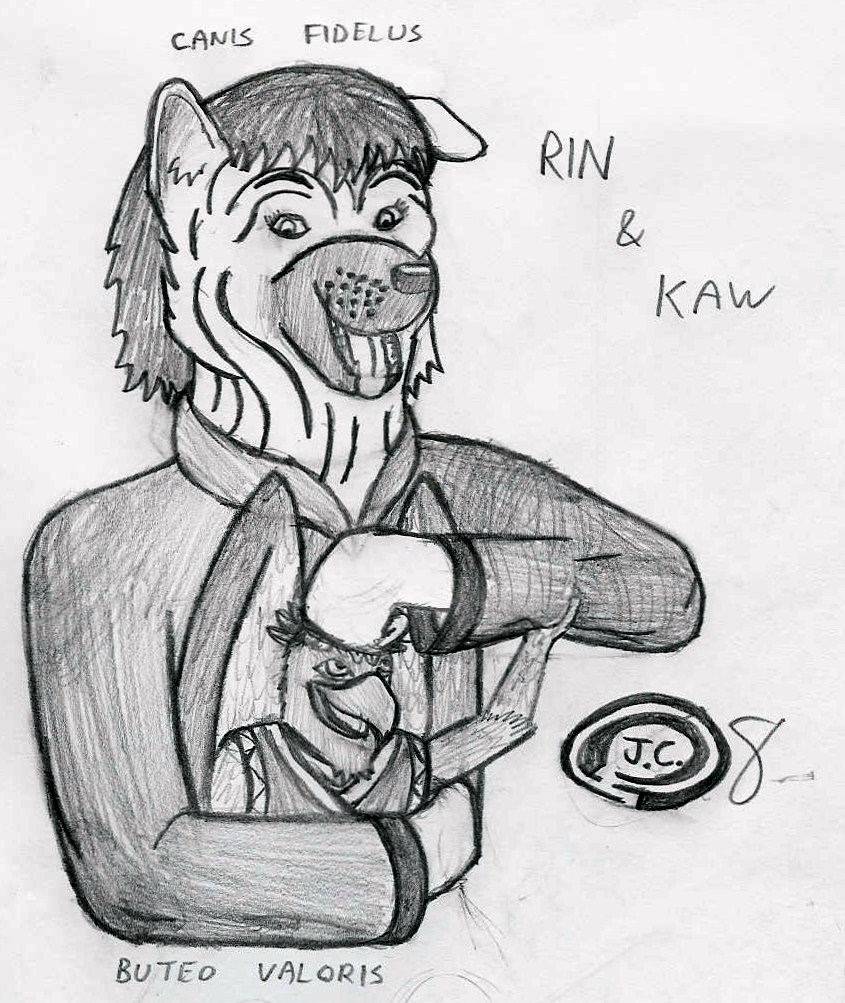 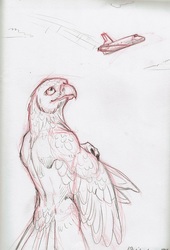 At one point during his history, Kawheek met an anthropomorphic Shar Pei dog, named Rinisa. Rinisa was an amazingly kind hearted soul, but had also never really grown up, being fairly childlike in mind. Kawheek took her under his wing(no pun intended) and acted as her father for some time. Sadly, this arrangement wasn't to last, as Rinisa was killed in an unfortunate accident; to this day, Kaw regrets not paying attention to Rinisa as fully as he could have, as it's the closest he's ever come to having a child.

Artwork was drawn in March of 2008 by   truebluejay when he visited my house on his cross-US road trip. Rinisa (Canis Fidelus) is copyright to him.

Kawheek (Buteo Valoris) is copyright to me.