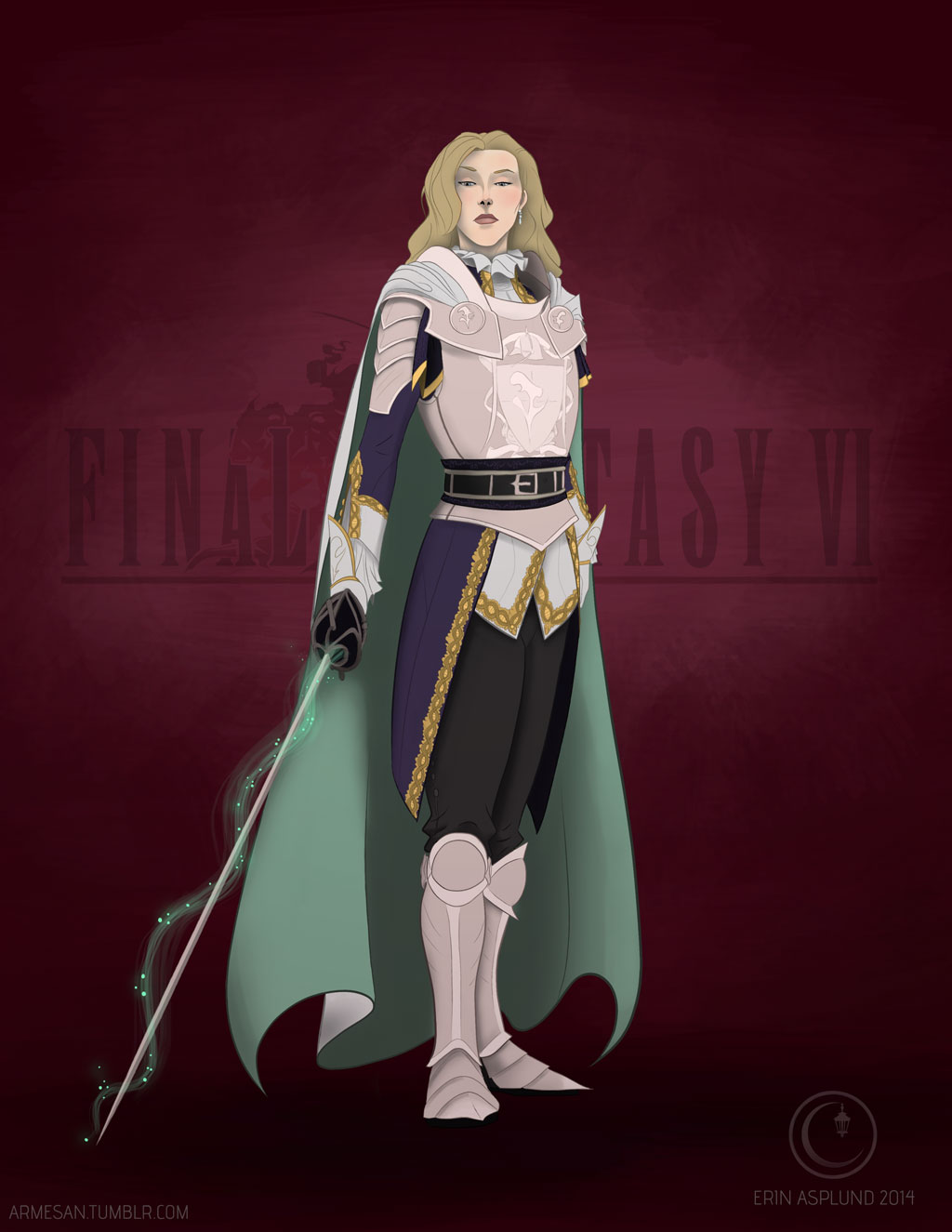 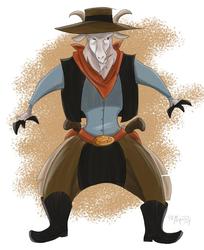 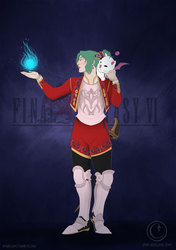 Recently the insanely talented Shoomlah posted a huuuuuuuge list of historical clothing resources on her blog. Lately we've been replaying the old Final Fantasy games in our household, and that blog post got me thinking about how a lot of the female characters' aren't really wearing armor so much as a costume. This has always bothered me on characters that are supposed to be in any sort of combat, male or female, so I decided to do some redesigns trying to keep with the setting and original costumes, but adjusting it to have actual armor (ceremonial or otherwise). Really this was to scratch an itch I have about female warrior characters and impractical armor, as well as an exercise in keeping things simple coloring/shading wise.

And quite honestly, the early Final Fantasies were such a huge influence on me as a child (almost as much as Disney) that it's about time I did some fanart of it. Celes was always one of my favorite characters in 6.