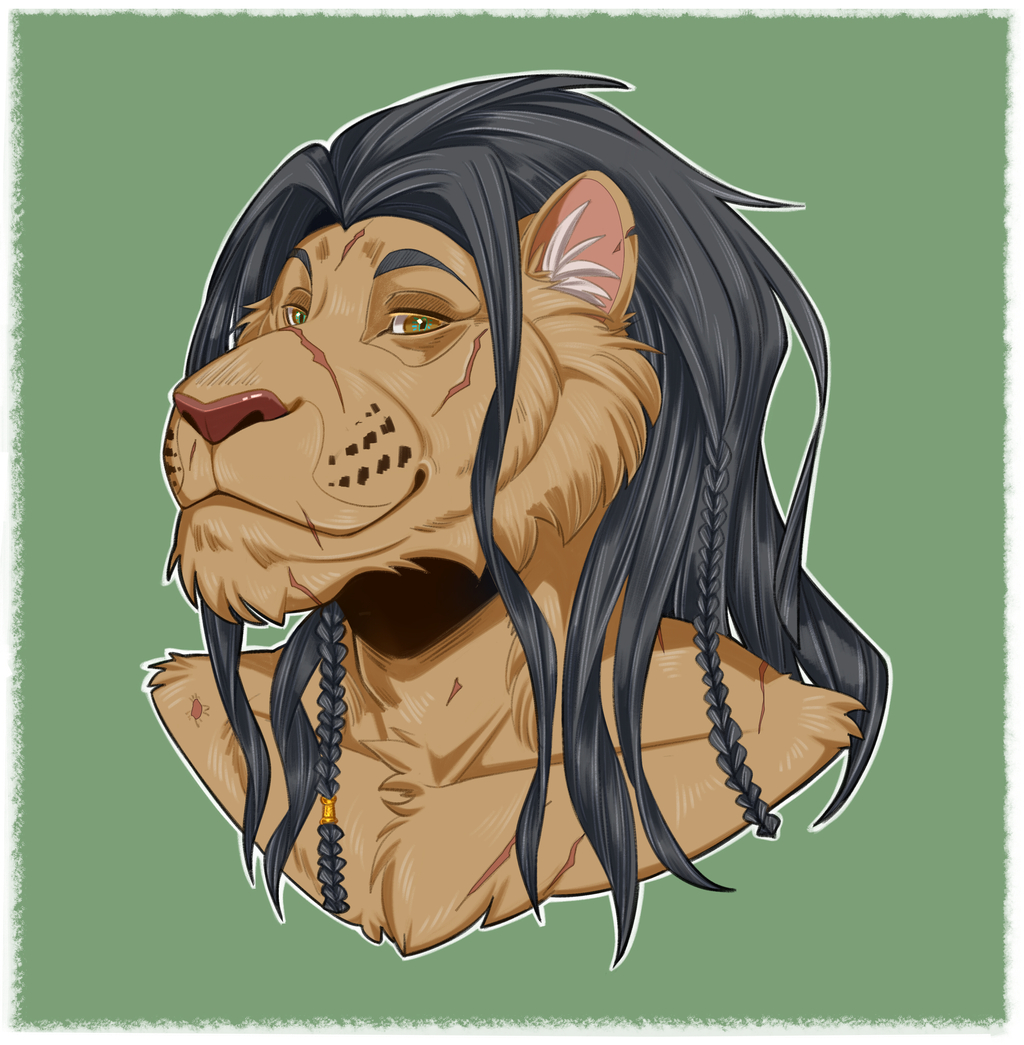 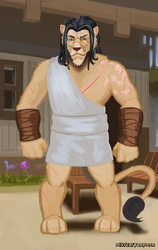 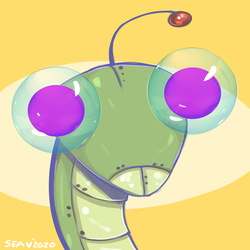 WtV: Faction Sultanates: The Patriarch of the feline enclave, closeup

HEALTH
Smoker: Yes, pipe, but only seldomly
Drinker: No
Recreational Drug User: Smoked in former times dried marsh rose leafes, nowadays more used to some dried herbs with a bit of catnip
Addictions: very fond of catnip for both the calming and the sedating effect.
Physical ailments: He is very old for his species. If not for being an extremely healthy and fit example of his kind, he would have snow white hair by now and would have lost his fangs due to old age. There are gray, blind and near senile shamans that are about the same age as him. Perhaps because he has his testosterone a bit better under control, he hasn't aged as much.

PERSONAL TRAITS & CO
Personality: Fatherly. Protective. If not for viewing everybody inside Tehuioy as his chldren, his agressive instincts might urge him to rend and thrash everybody and everything not related to him by blood. If roused past a triggeringpoint, he would go berserking. A threat to his children will trigger such a rage agaisnt anyone and anything threatening them. He trained himself to consider the whole town to be his children for a reason.
Likes: Children. All children.
Dislikes: Anybody threatening children.
Favourite colour: "The color of a womans eyes."
Hobbies: Storytelling and cooking