WtV: The Reichs Roadbuilders by AriesHausdorff 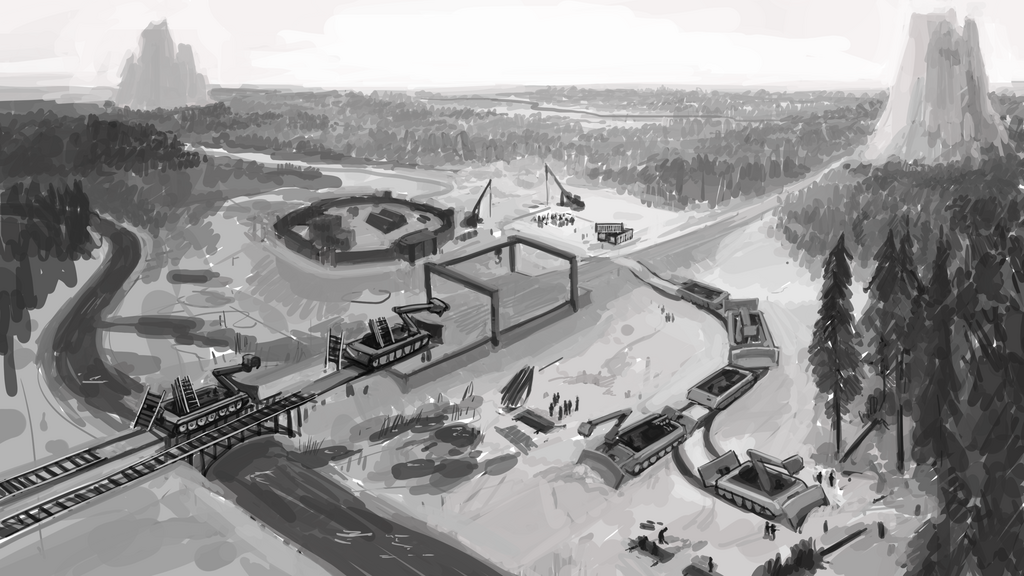 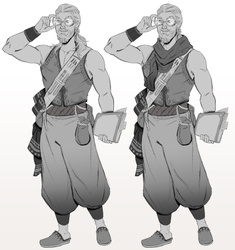 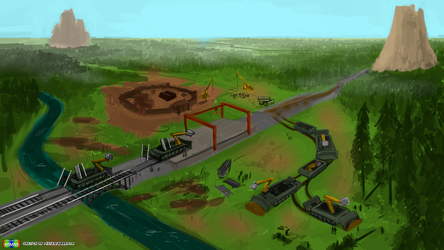 The Reich sits flat in the center of a vast expanse of forested country, changing between rolling hills and flat expanses with isolated rocky outcroppings and table mountains of up to half a kilometer in height. Supplied with metals and a limited amount of machines and tools thanks to a miscalculation and the foolhardy goodwill of the Asgardians, the Reich has to expand, to grow and explore.
The scout teams, people to intelligent and valuable to be courtmartialed, explore on foot the vastness of the continent.
And under the orange flag of the Reich, all ressources they locate become the places for the founding of villages or cities.

Connecting these widespread locations with roadways and tracks for the steam engines of the Reichsbahn is the job for the Reichs Roadbuilders.
After the end of schooling, all young men and women, who did not qualify for party-work or higher education in the Reich, have to work for three years in one of the various services of the Reich:
- Nursery service ( females only: also nicknamed Reichs-Offspring-Service ( Reichsnachwuchsdienst ) )
- Social Service ( both genders: helping the sick, cleaning public buildings and spaces, assisting in communal services ( Reichssozialdienst ) )
- Military ( males only: normal draft )
- Work Service ( both genders, though different tasks inside the service discriminate: unskilled labor, farmhands ( Reichsarbeitsdienst ) )

The Roadbuilders are part of the work service. Aside of the military they have the largest machines, often repurposed military vehicles.
With, officially, "spade, muscle power and axe" they clear the pathes the scout teams marked, erecting temporary shelters.
Their senior members control the large tank like construction machines that do most of the work of creating ditches, piling up the gravel dams for the railroad tracks and actually placing the railroad elements.
Many of the temporary shelters erected are the seeds for later rural settlements. The Reich regularly offers workcrews to found a new village at such a midstop or at the targt destination, supplying them, often literally, with suitable numbers of members of the complimentary gender by sending groups from the nursery service or the social service to such a location.

This picture now shows such a construction team at work, the temporary shelter already erected that will serve as a depot for the next 20km of the way.