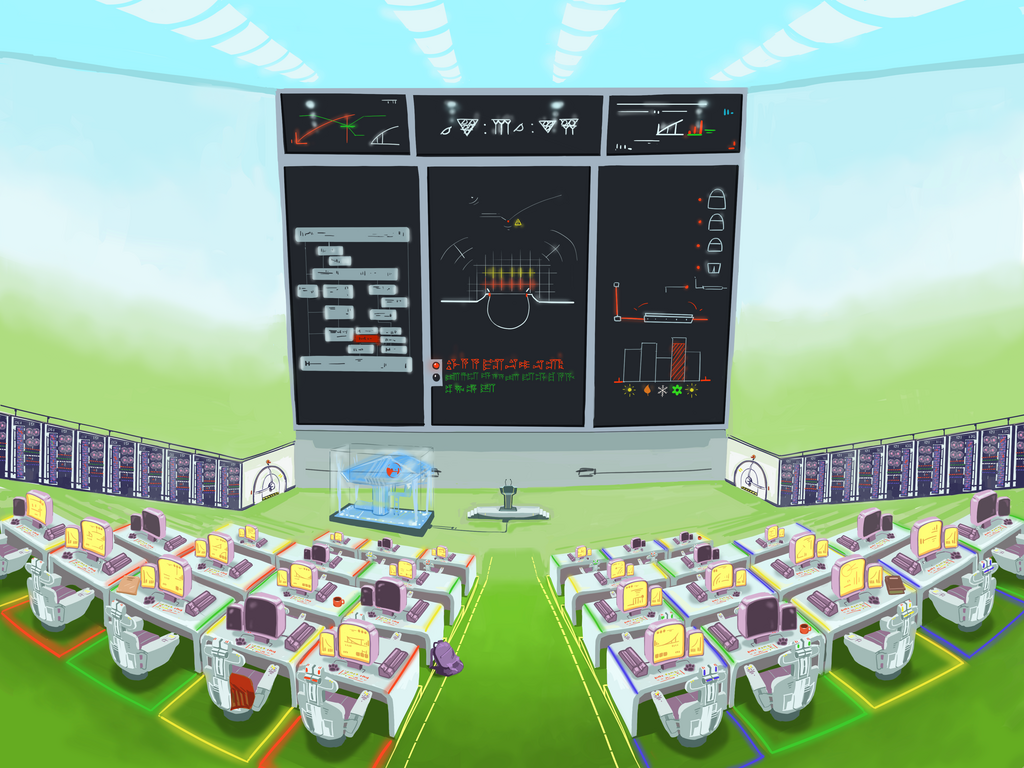 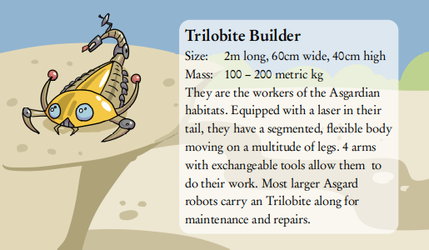 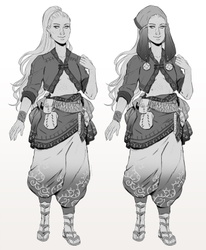 The terminals are generic and can be switched between different roles as needed or desired.
On the walls are tape drives, which store operational procedures and programs.
They also record operational data of the past hours and can be physically removed when they are to be analyzed later on.
Below and between the tape drives are the operational processors and the switchboards, where relays trigger the various primary function.
These relays can be manually triggered, so that, as long as there is power, main functions can be operated even at a computer outage.

At the center is the speakers lectern. This is both used by the station commander to welcome visitors as well as to address the command decks crew.
Off to the left is the Holotank, a massive glass block with millions of small full color LEDs ( RGBYIU ) to be used for 3D displaying data.

--- BEGIN Design Instructions ---
https://www.youtube.com/watch?v=EAYfJckSEN0
1:04 onward shows the style of the Central Command operations theater.
Instead of everything lit in red, Central Command uses various colors to indicate the different sections: Red being defenses, white being communications, green being life support / ecosphere management, blue being power supply and yellow being bulding & structure. Chairs and desk surfaces are polished white, the floor is a grass green.

The style I think of is that of an amphitheatre:
In the center are three large screens that provide a diagram of the space above the habitat, the other showing a diagram showing the flow of power, the third screen showing status messages.
On the "floor" in front of the wall there is a podium so that somebody can stand there and address the entire staff of the central command.

Off to the left of the center of the "floor" is a massive glass block, a "holo tank" , like https://www.youtube.com/watch?v=zpQonkajX0M , just without the black sides and top, so that people can walk around it to see something in 3D where useful.

The tiered rows each contain workstations and seats like in the video.
The remote wall is covered with 1960 style magnetic tapes and switching elements, although they are desiged like in the video 1:25 onward.
Like with the colored highlights of the workstations, areas wih these tapes and switching elements are colorcoded - they are the manual overrides and the programs for each section.

The walls of the room are in a light green and turn into blue on the ceiling - like if somebody tried to make it look like the room being outdoors actually.

There is one central path from the top of the tiers down to the floor, and there are two smaller paths down the sides. Each of these pathes ends at an airlock or vault like door.

From these instructions and a planar sketch for the rough outline, MisterFyrryMan crafted this wonderfully detailed image which shows one of the main control rooms of an Asgard class planetary habitat.