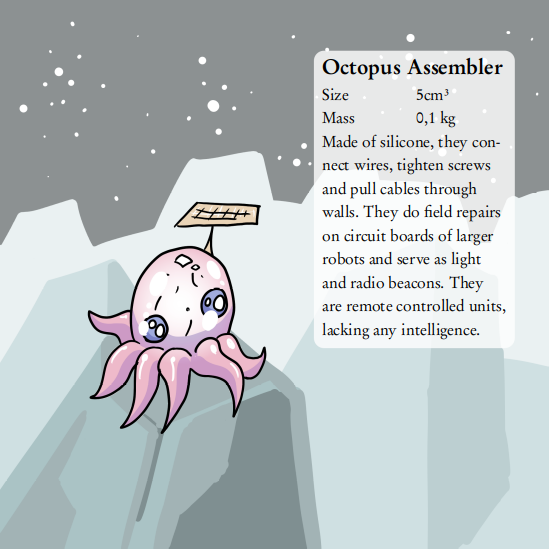 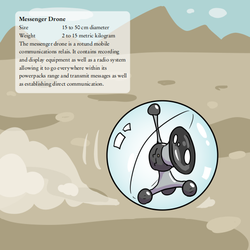 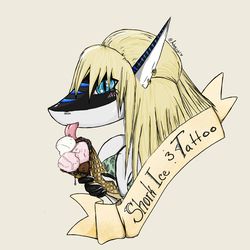 Two Octopus Assembler are the default equipment on each habitat type robot.
They're jelly like inspection units, wire controlled and squishable. Detached, they will remain as signal marker or as a sticky glue seal.
They can use solar power to keep their position lights going for ages. Octopi have no own intelligence. For anything even remotely reasonable, they need to be controlled by a more capable system.
Whilst crawling through pipes or machnes, they move using eight silicone jelly pseudopods.
They are controlled by what compares to a mikrocontroller. In an emergency, by pressing their pseudopods they can be ordered to crawl in a given direction as to fetch help.
Their two small button eyes are Hires Cameras, but the lil robot is incapable of processing the information from these. They just forward the data to a connected, more capable robot.
Being jelly, there is no definitie real shape these things have. Most common is a boulder with eight fingerlong pseudopods at the bottom in a 8-star arrangement, which gives them their name.

They can carry in their jelly various chemically agressive compounds, which allow them to serve as a habitats immune system. They can sterilize surfaces to varying degrees by simply crawling over them. This can go from applying light coatings of isopropanol against bacteria to fluoric acid and osmium compounds against nanites.