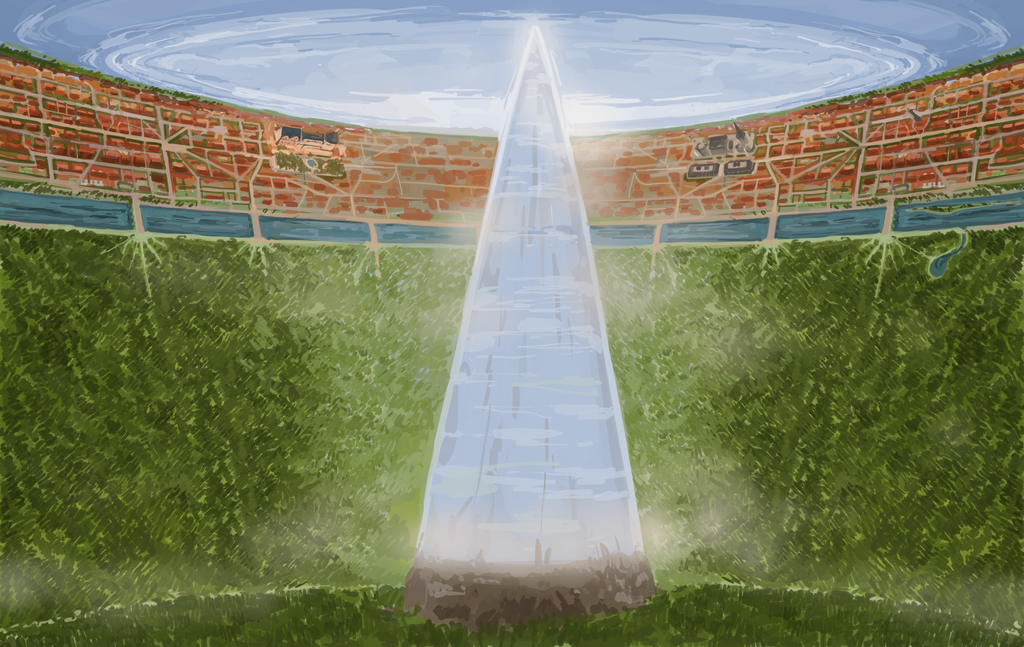 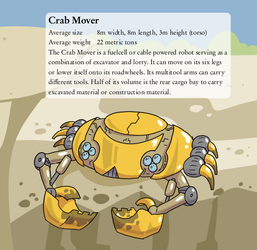 Art by https://www.furaffinity.net/user/misterfyrryman/ , commissioned by me for illustration purposes for my book projects and as reference for future commissions.
At the moment of posting this picture is still a WIP, the finalized version will be posted later.

This is the view "skyward" inside a 5km class planetary / embedded habitat.
This element is generally called the "Ecosphere Module".

The lower ecosphere area is often separated from the habitation ring by a landscaping element such as a river, like here, or a cliff, fence, or whatever else seems advised to keep the wildlife - if any is present - out of the habitation ring.
The ecosphere areas diameter narrows the further down one gets, down to where the spin gravity gets lower than the local gravity.
At that point the ecosphere area levels out.
Due to the mix of local and spin gravity, one has the feeling of walking "downhill" moving from the habitat ring to the bottom, from there, however, one seems to walk steeply uphill, levelling out when arriving at the central spire.

The central spire contains the lifts and supply lines to the static, nonrotating part of the habitat.
The spires lower part is usually styled to look like a mountain or a very dense forest section or some building.
The upper part of the spire is usually painted a skyblue and contains various technical components.
There are evaporators which blow, during the day, water vapors into the air to produce a dense fog around the spire, reducing visibility to the habitats opposite side. Arrays of lamps in the spires sides ensure an equal level of lighting in the habitat drum. Ultraviolet lamps provide guidance for bees and other UV navigating insects.

At the top of the spire is the main illumination system, a system of lenses and mirrors that projects a sun against the ecosphere modules ceiling. This sun image can come from a mirror system guiding real sunlight in, can be mirrored up from one of the fusion cores or can be generated via LEDs or other light generating methods. Some habitats also use full spectrum LEDs on the inside of the ecospheres ceiling to create an image of the sun.