A day to Thor by AriesHausdorff 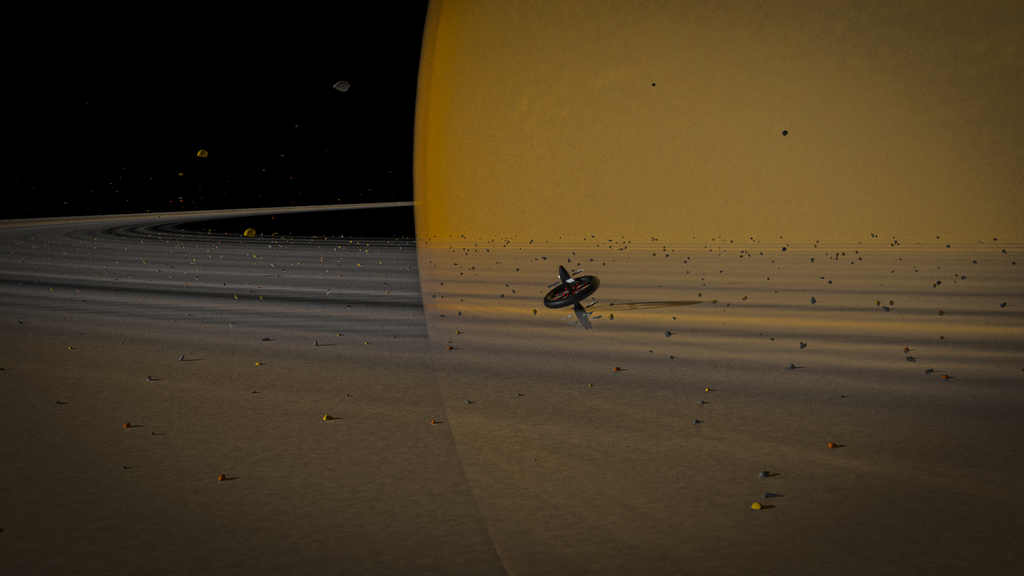 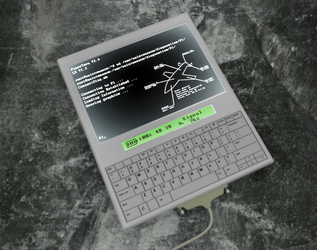 A day to Thor

Made for me by Biozz@FA

How about a spacestation peeling itself out of the blackness of space, diving into the warmth of the sun after days of traveling in darkness behind the gas giant it is orbiting?

Yes, maybe even imagine it travelling through the thin nebulous layers of the gas giants saturn-like discs, appearing from the rainbow-shimmering plane like a humpback-whale breaking the surface of the sea, tracing wisps of icecrystals after it.
Light lances out from the stations central spindle, to where its radars - no longer blinded by the rings icecrystals - detected asteroids on collission course, vaporising or pushign away those asteroids to large to simply shatter on the armored hull of the station.
Already armored bays open to let drones of all designs out to repair what the travel through the ring damaged.
Without a crew ordering it, the stations computers are unable to execute a change of course that would make the station, as originally planned, hover over the rings again.
It is a giant machine build ten thousand years ago, still waiting for a population that never came, but it is about to become a safe haven for refugees from earth.
Dwarfed by the gas giant it is orbiting , it is still a big artifical planet , designed to house a population of 200 000 people indefinitely.

References:
https://www.youtube.com/watch?v=RXwT38m-d5k ; when the ring of the habitat peels itself out of the ice crystals of the rings .
http://www.youtube.com/watch?v=I85yMfZqmgA when the solarpanels unfold , chunks of icecrystals splintering off in puffy clouds , and the armored bulkheads over the habitats inner side unfold to expose the glassen roof to the distant suns warmth and light, hangars unsealing ,and multitudes of small vessels swarmign forth, to help frozen element unfold, to polish scratches in the optical systems, to remove covers over intakes and exhaust ports and to unfold the mylar mirros that concentrate the distant suns light to provide energy and life and joy to the animals and plants in the vast habitat.

The space habitat Thor was manufactured under supervision of the Central Command AC to provide a hydrogen collector factory to the growing network of habitats and monitoring stations. It is the largest station in Orbit around Tau Ceti #5, a saturn-like gas-giant with a wide ring-system. Focus-enlarged, the station would remain invisible until an unaided eye would be almost completely unable to perceive any curvature of the planet or it's rings.
Smaller stations along the rings provide emergency repair capabilities in case Thor would take damage exceeding it's self-repair capabilities.
Due to an unexpected event about 500 years into it's operation, Thor's orbit around the gas giant shifted, making it's orbit intersect with that of the rings.

Despite it's station drives being able to move that station back into it's original orbit, they don't.

The logic behind the situation is as follows:

The station is permitted to take any action that prevents the station from destruction.
The station has to repair itself.
The stations systems have to protect the habitat ( This rules becomes paramount when there is a population on board, which never was the case ).

Flying through the ring damages the station, but it's factories - permitted to adjust and reconfigure to the stations demands - can easily repair the damage the station takes each time.

As the factories are allowed to adapt to changing demands of the station, building armor panels to protect the station is okay.
However, firing the station drives to change the orbit is an action of the station, is not permisseble unless a sapient crew orders to execute the maneuver - or a direct risk of immidiate destruction exists - as the idea of powering up the drive systems of the station by it's AC/AI systems is implied with moving the station to a new celestial position. Which is not ordered by Central Command as the ratio of damage over time the station receives is well within the allowed parameters.

Due to the heavy armor the station collected by now, larger asteroids are no longer a reason to use the station drives, as the stations armor and uprated meteor defenses handle blocks the size of a human aircraft-carrier or small town with ease by now.

As sufficient heavy armor can protect the station, and as it's orbital station drives can keep the orbital velocity correct, the station is nowadays more like a massively armored factory than the lithe and graceful habitat with a gas refinery and water purification systems it originally was.

Thor belongs to the same class of stellar habitats as the two primary stellar stations Odin and Freya. It is however somewhat smaller as it wasn't intended to operate autonomuously for as long stretches of time as Freya or Odin are meant to. Balder, Bragi, Hermodr, Tyr and Loki are the exact equals to Thor, orbiting Tau Ceti 1, 2, 3, 6 and 9.
Thor orbits Tau Ceti 7 - Utgard.
Tau Ceti 4 - Midgard - has it's natural moon Asgard with Central Command and the other habitats, forming the core of the habitats system-wide network.

Thor and Loki are both island class stations, designed for populations up to 10.000 human-sized individuals at normal capacity.
They are spindle-equipped Standford-Toruses.

The spindle contains the industrial modules.
If neccessary, the habitation torus can be detached and will remain as a self sustaining space station, allowing the spindle to manufacture a new habitation torus to adjust for population growth

Thor is the central node of a number of small gas and mineral collecting and processing stations orbiting the gas giant Utgard.
It is managing the traffic from the central system to the outer system. It is also the main supply station to provide fuel to the halo fortresses at the border of the heliopause that monitor the system and serve as a first line of defense and last line of rescue.