Balanced on the Knife Edge Chapter 16 by arieljmoody 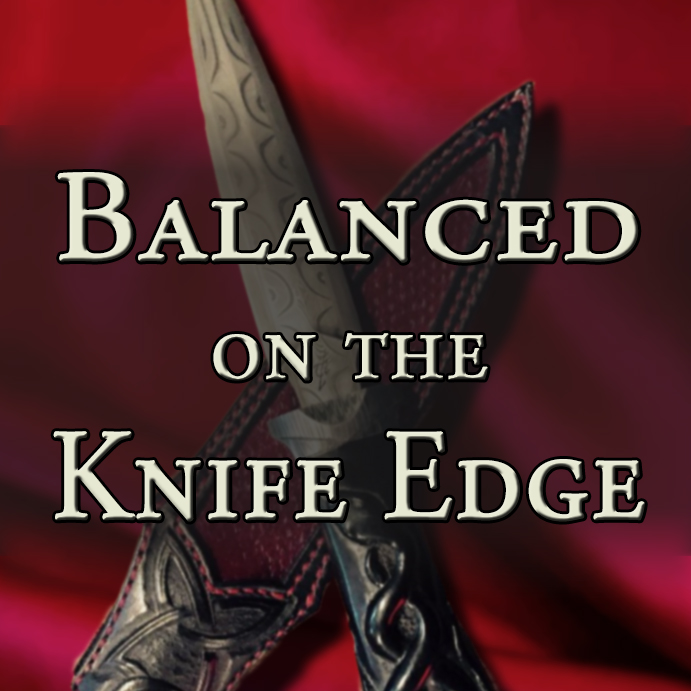 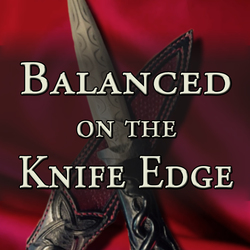 Balanced on the Knife Edge Chapter 16

When Nusha the Shadowscale assassin sneaks into the basement of her first target, she thinks it’s going to be an easy job. But Karme, a Dark Elf from Morrowind, throws a spanner in the works when she kills Nusha’s mark. Nusha needs to take the amulet from the assissated man’s body, only there’s one problem: it’s cursed, and Karme can’t remove it from around her neck.

Nusha can’t stand the prim and proper Karme, and Karme feels much the same about the sardonic Argonian. But when the cursed amulet sends hordes of undead soldiers after them, the two will have to put their differences aside in order to save each other and all of Cyrodiil.

Balanced on the Knife Edge is a story set in the Elder Scrolls world, with original characters. If you’re tired of hegemonic fantasy with nothing but straight characters, you’ll LOVE this story, because it’s action-packed and queer as heck!

--Updates every Wednesday and Friday!--