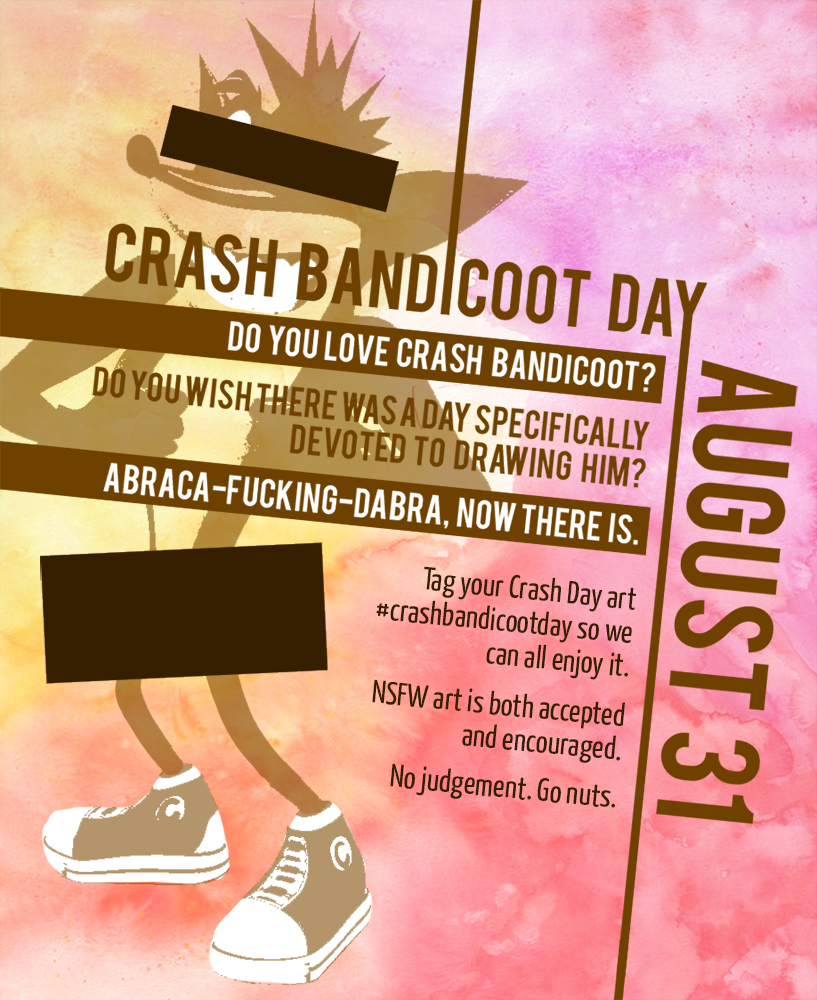 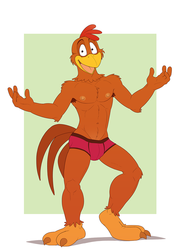 This is something I've been trying to get off the ground. Crash has a small but very devoted fan base so I thought having a Crash Day would be a good way to encourage some participation in the community and maybe get some new people interested.

For those who don't know, Crash Bandicoot is my favorite character of all time. You might not know it since I don't draw him much, but it's mostly out of fear that I won't do him justice. It's intimidating to try to replicate perfection.

The tagging thing is for people on Tumblr. It isn't planned to be a Twitter thing but it might end up there, too. At any rate I encourage everyone to participate, even if you're not a Tumblr user.