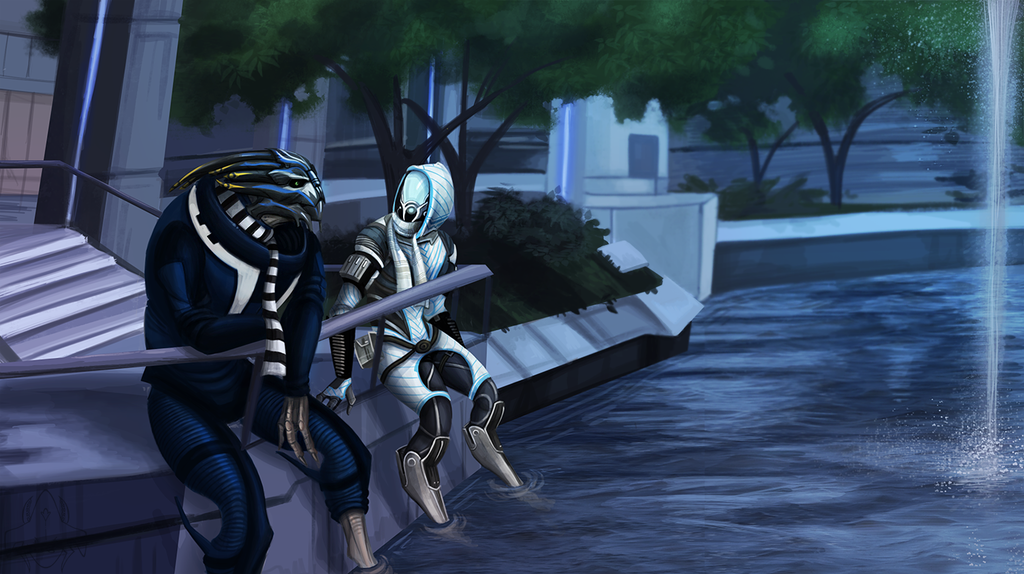 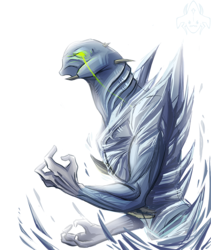 Valentine’s gift for my wonderful amazing boyfriend!! I’ve been waiting to post this haha. He recently finished the trilogy and has been playing MP with me so I felt this was really fitting and certainly overdue.

The turian character is his, and the quarian is mine. We haven’t named them yet but I’ve been giving their backstory some thought! It all started when we were just kind of snowballing ideas off of each other, trying to figure out which races we would be. I definitely see him as a (decidedly less rigid) turian, but I had a hard time figuring out what I would be. I know what I would WANT to be (Krogan or Collector), but those aren’t actually very fitting for me, so. He suggested quarian and it was an idea I immediately fell in love with (the fact that their dna matches up is a bonus)! I figure his turian is a gun-for-hire that likes to do things his own way and so has kind of distanced himself from the turian hierarchy. Meanwhile, my quarian is a outspoken sympathizer of the geth. In this way, they were both outcasts of sorts from their own kind and found each other while off on their own. She supplies all the best tech and equipment for him, while he is proficient in combat.

REALLY proud of how my man’s face paint turned out, it’s got elements of his skull king emblem played into it. I think it looks regal and fierce all at once!